Louis Daquin – Premier de cordée AKA Storm Over the Mountain (1944) 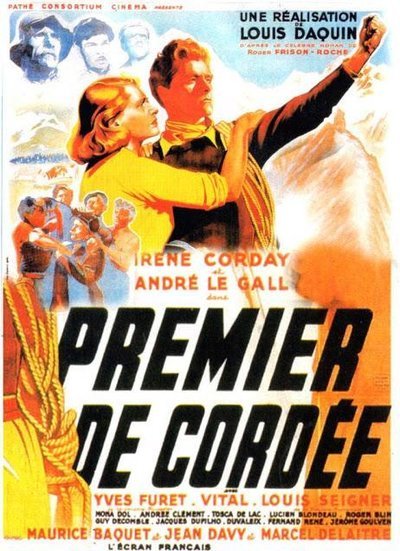 Synopsis:
‘For many years, Jean Servettaz has worked as a mountain guide in Chamonix but, too aware of the risks of his profession, he gives this up so that he can run a guest house for tourists. He intends that his son Pierre will follow his example and become a hotelier but Pierre is too in love with the mountains to even consider such an idea. A head injury sustained in a climbing accident puts paid to Pierre’s dreams of becoming a guide. Afflicted with vertigo, he leaves for Paris and works as a receptionist in a luxury hotel. It isn’t long before Pierre is drawn back to the snow-capped mountains and, with the help of his fiancée Alice he makes another attempt to overcome his fear of heights. When his father is caught in a thunderstorm whilst taking a tourist across a hazardous stretch of the mountains Pierre has a chance to prove himself…’
– James Travers END_OF_DOCUMENT_TOKEN_TO_BE_REPLACED