The strongest man on Earth … in a super-adventure odyssey.

The incredible Lou Ferrigno steps into the sandals of the most durable demigod in myth and motion pictures: Hercules!

With the strength of an army, our hero battles the forces of darkness in one unbelievable exploit after another. From bloodthirsty bears and loathsome reptiles to giant robots and laser beams, he stands tall against all who oppose him in his battle against the nefarious Minos (William Berger). But even the mighty Hercules himself may not be impervious to the bewitching charms of Sybil Danning in the role of the seductive and sultry Adriana (and can you blame him?). END_OF_DOCUMENT_TOKEN_TO_BE_REPLACED

Luca and Stefania are a young couple with a baby who move into a remote seaside apartment late at night. Unbeknownst to the couple, the neighbor who lives upstairs has just murdered his wife. END_OF_DOCUMENT_TOKEN_TO_BE_REPLACED 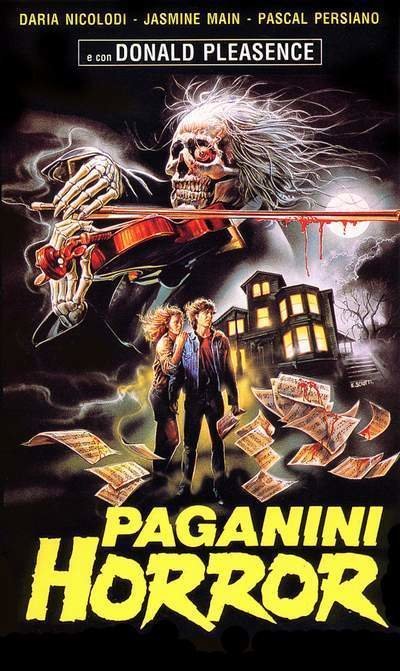 A female rock group rents a haunted Venetian mansion in which the infamous Italian violinist Nicolo Paganini supposedly sold his soul to the Devil for fame and fortune. The group plans on making a horror/music video based on the story of Paganini using a cursed piece of his music entitled “Paganini Horror”. Once this music is played the laws of time and space break down and the masked Paganini returns from his grave to slaughter the model girls with his spiked violin. END_OF_DOCUMENT_TOKEN_TO_BE_REPLACED

Quote:
Great and very gory film about an organization trafficking in green egg-shaped alien life forms. But don’t be fooled cause these are no ordinary future martian omlets; quite the opposite, these eggs, once they get exposed to a certain amount of heat, explode as insanely volatile acid bombs. The fluids they secrete, when they come into contact with living beings, cause them to literally explode from the inside out after only moments of exposure. END_OF_DOCUMENT_TOKEN_TO_BE_REPLACED