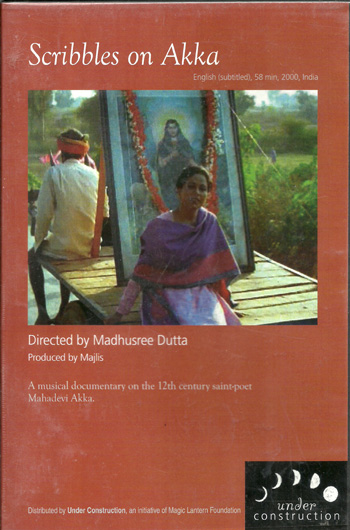 In this short film on the life and work of the 12th century saint-poet, Mahadevi Akka, her radical poems, written with the female body as a metaphor, have been composed and picturised in contemporary musical language. Mahadevi, framed as Akka – elder sister, while leaving the domestic arena in search of God also abondoned modesty and clothing. The film explores the meaning of this denial through the work of contemporary artists and writers and testimonies of ordinary folk who nurtured her image through centuries in their folklore and oral literature. A celebration of rebellion, feminity and legacy down nine hundred years. END_OF_DOCUMENT_TOKEN_TO_BE_REPLACED