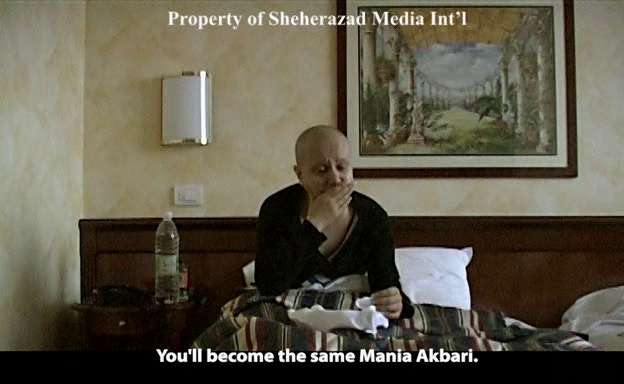 After casting painter and video artist Mania Akbari as the central figure of his groundbreaking Ten (2002), and then witnessing her outstanding debut as a feature film director in 20 Fingers (2004), Abbas Kiarostami urged her to direct a sequel to the film. In Dah be alaveh Chahar (10 + 4), though, circumstances are different: Mania is fighting cancer. She has undergone surgery; she has lost her hair following chemotherapy and no longer wears the compulsory headscarf; and sometimes she is too weak to drive. So the camera follows her to record conversations with friends and family in different spaces, from the gondola she had famously used in her first feature to a hospital bed. Yet, while he body shows the effects of the disease, Akbari is as tough, charismatic, and argumentative as in her previous screen appearances her luminous presence all the more alluring and precious as it becomes a sign of how fragile life itself is. Her cinematic language has been expanded and refined from the rigorous explorations of 20 Fingers, to take into account the unexpected aspects of facing simultaneously death and survival, social stigma and sympathy. Treading an elegant line between documentary and fiction, Akbari takes a daring look at complex social situations that arise in the face of mortality and emerges with a new zest for life. END_OF_DOCUMENT_TOKEN_TO_BE_REPLACED