Marcel Ophüls – Veillées d’armes AKA The Troubles We’ve Seen: A History of Journalism in Wartime (1994)

None of Marcel Ophuls’ films have ever been very easy to see, but for many years The Troubles We’ve Seen (1994) has had a special mystique. To my knowledge it played only twice in North America (once at the 1994 New York Film Festival and once at Cinematheque Ontario in 1995) before vanishing more or less without a trace. Now, it’s been picked up by the intrepid distributor Milestone, who is showing it widely in anticipation of a planned DVD release. Their timing is ideal. END_OF_DOCUMENT_TOKEN_TO_BE_REPLACED

Synopsis
Exciting Eddie Constantine outing finds Eddie playing a special agent searching for missing NATO weapons. When he encounters a scientist who has invented a ring that emits a paralysis spray, the hard-boiled spy saves the day with some very Bondian heroics… END_OF_DOCUMENT_TOKEN_TO_BE_REPLACED 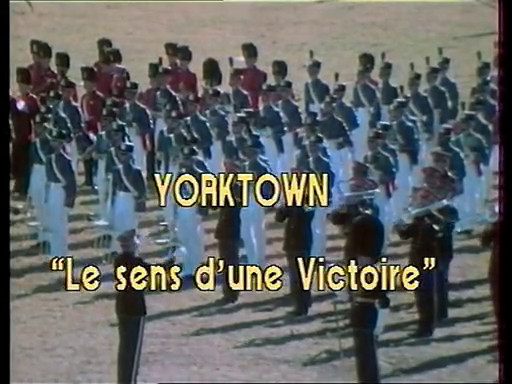 Commissioned by the French television channel Antenne 2, Yorktown covers the bicentennial commemoration of the Siege of Yorktown, near the end of the American Revolutionary War, where the Americans and their French allies defeated the English. The festivities celebrating Franco-American friendship give Ophuls some amusement, as he takes a gleefully ironic look at the formally “friendly” meeting between Mitterand and Reagan, or exposes the absurdity of patriotic folklore. Much to the viewer’s delight, he is not at all reluctant to ask disruptive questions. END_OF_DOCUMENT_TOKEN_TO_BE_REPLACED