Quote:
Myriam, a survivor of the concentration camp at Auschwitz, is a filmmaker and journalist who has spent many years living abroad. She takes part in a memorial event at the town hall in Paris commemorating the liberation of the camp, where she wins a flight to Cracow. At first she refuses to accept the prize, then decides to go. END_OF_DOCUMENT_TOKEN_TO_BE_REPLACED

From 1972 until 1974, Joris Ivens and Marceline Loridan, along with a Chinese film crew, documented the last days of the Cultural Revolution, marking the end of an era. The vast amount of footage they shot was edited into twelve films of varying lengths. Focusing on ordinary people spread over a wide geographic area-many of whom were living and working in collectives-the filmmakers recorded a unique moment in history, and also captured some of the more enduring aspects of Chinese culture. END_OF_DOCUMENT_TOKEN_TO_BE_REPLACED 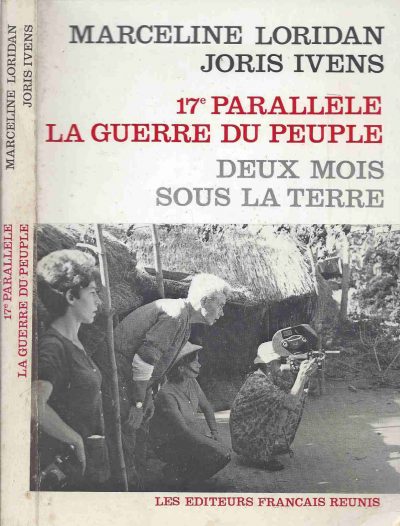 On the border of North and South Vietnam, civilians live underground and cultivate their land in the dead of night, farmers take up arms, and bombs fall like clockwork. Joris Ivens and Marceline Loridan’s record of daily life in one of the most volatile regions of a war-torn, divided country is both a hazardous piece of first-hand journalism and a shattering work in its own right, simmering with barely repressed anger.