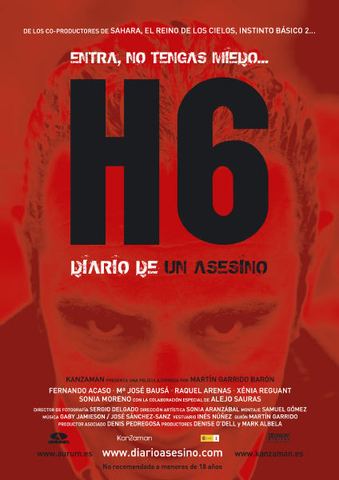 Quote:
H6 tells the story of Antonio Frau, a serial killer set free after serving 25 years in jail for the violent murder of his girlfriend. After inheriting and old motel from a relative he never knew, he sees this as a signal and takes to his holy task of relieving the grief of those who have lost the will to live. He takes his victims to room Number 6 in the motel where he ‘purifies’ them, while, at the same time, continues his everyday life next to his wife. A mistake leads to his arrest, and his plan to become rich and famous takes relevance. END_OF_DOCUMENT_TOKEN_TO_BE_REPLACED