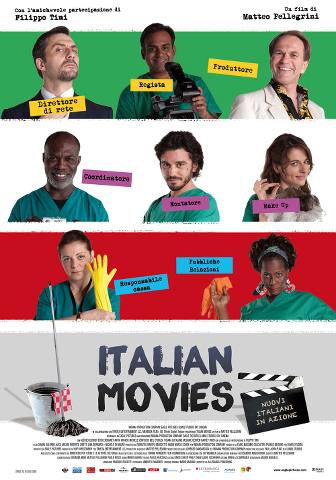 Cleaners, emigrants from all over the world, work in night shift at studio sound stages where Italian soap operas are filmed. Once they find unlocked one of the doors to rooms where cameras and shooting equipment is stored. And Hindu Dilip stumbles on a great idea: to film his friend’s wedding ceremony as a gift to him. Quite soon this idea becomes the second source of income for the whole shift team of cleaners and changes their lives forever. After many ceremonies and guest nights they decide to use the empty sound stages at night to film the real stories of real people. The TV «soap» during the day and the real life stories at night… A small screw in the huge television machine. But how long will it last?
END_OF_DOCUMENT_TOKEN_TO_BE_REPLACED