Stendhal’s epic tale of a young French officer in the Napoleonic wars, and his aunt – a duchess of legendary beauty and resourcefulness. END_OF_DOCUMENT_TOKEN_TO_BE_REPLACED

After years of black plague, Venice shines again. Angela and Valeria, two women from noble families, set their heart on a man in the Venetian crowd and decide to seduce him. END_OF_DOCUMENT_TOKEN_TO_BE_REPLACED

Synopsis
In his youth, Leah was fascinated by black magic. After her marriage and the birth of her son, she naturally continued to brew toad potions and lizard decoctions to protect the beloved child from diseases and misfortune. The cherub, now an adult, is threatened by two terrible scourges, women and war. Broths of critters are no longer sufficient and Leah must take drastic measures to deviate friends and enemies from the road of his son’s… END_OF_DOCUMENT_TOKEN_TO_BE_REPLACED

Rome, 1880. Gregorio has decided to close his bakery, the family business. Then he tells his sons Pippo, Mario and daughter Teta that they will have to fend for themselves. But newly married Irene, Pippo’s wife, a beautiful, calculating and ambitious young woman, wants to take over the inheritance. Acting on intelligence, weighing every step and its consequences, she manages to convince the brothers that they must prevent at all costs that his father falls in love again to avoid the risk of losing their inheritance. END_OF_DOCUMENT_TOKEN_TO_BE_REPLACED

Women love handsome Antonio because they think of him as the perfect lover. But he has problems to fullfill this ideal and Barbara only notices his failures when they are married. When the town learns about his trouble they start laughing at him… END_OF_DOCUMENT_TOKEN_TO_BE_REPLACED

Personally, Bolognini did not feel that he was really at home with comedy, yet he was often offered comedies, and in the early stage of his career he accepted some of these assignments. These films were very successful, and the director ascribed the credit for this to the stars he worked with; in this case unquestionably a handful of Italy’s funniest men of the day: Alberto Sordi, Aldo Fabrizzi, Peppino De Filippo, and Gino Cervi. END_OF_DOCUMENT_TOKEN_TO_BE_REPLACED 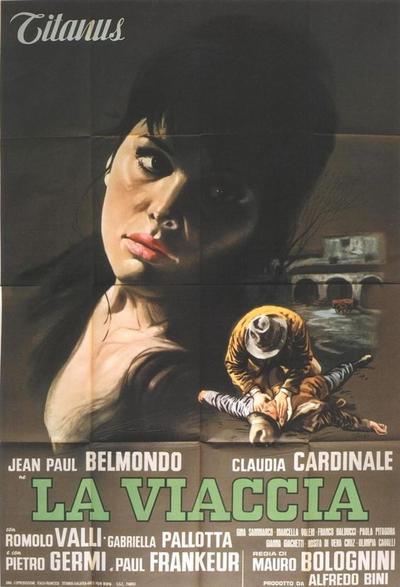 Quote:
At the end of the nineteenth century, the young peasant Amerigo falls in love with Bianca, whom he met in a brothel in Florence, and in order to keep meeting her, steals from his uncle. Wounded with a knife, tries in vain to see her again.
From “L’eredità” (1889) by Mario Pratesi – thanks to a well-balanced screenplay (Pratolini, Festa Campanile and Franciosa) – a Bolognini in great shape has drawn a beautiful film, almost like “Casque d’or”, were it not for a surplus of crepuscular preciosity.
Superb photography by L. Barboni and a dazzling Cardinale.
2 Silver Ribbon 1962: Flavio Mogherini (scenes) and Piero Tosi (costumes).
Morandini END_OF_DOCUMENT_TOKEN_TO_BE_REPLACED