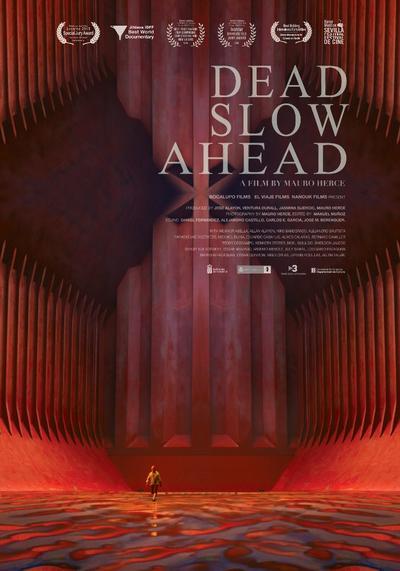 Quote:
For over two months, Mauro Herce and his crew travelled aboard the freighter My Fair Lady, shooting 14-16 hours a day as it made it laborious journey from Ukraine to New Orleans. Blurring the lines between documentary and fiction, Dead Slow Ahead detaches itself from reality in favour of setting a science fiction, dystopian tone. Welding disparate images and foreboding sounds from deep within the labyrinthine corridors of the ship, Herce has transformed what could have been a dull documentation of life aboard the ship and imbued it with an otherworldly sense of wonder. END_OF_DOCUMENT_TOKEN_TO_BE_REPLACED