Quote:
Arguably an outgrowth of Soleil Ô, Les Bicots-nègres analyses the living conditions of African migrant workers in France in the mid-1970s. The film has the potential to be a classic case study of cinematic over-determination. It comprises seven sequences exploring, respectively, the conditions of possibility of cinematic representation in Africa (the opening sequence), historical dissonance through the dialectic of past and present (the post-credit sequence), a flashback to the eve of African independence (the imaginary garden party sequence), the predicaments of the post-colony, an assessment of the living condition of migrant workers and the actions taken to transform these conditions, and a final sequence in a circular mode, which returns to the new cinema.
In Les Bicots-nègres, Med Hondo engages the dual front of cinema and history through the production of what might be referred to as an indocile image. In the cinema of Med Hondo, the indocile image purports to do, undo and sometimes outdo both cinema and history. END_OF_DOCUMENT_TOKEN_TO_BE_REPLACED

Quote:
The Mauritanian director Med Hondo’s bitterly insightful, artistically freewheeling 1970 film begins with an antic sketch of the European colonization that subjugated and impoverished Africans. It depicts, with sardonic fury, the adventures of an unnamed young African man (Robert Liensol) who arrives in Paris and, with naïve optimism, seeks his fortune among his colonizers. He considers himself at home in France, but soon discovers the extent of his exclusion from French society. Facing blatant discrimination in employment and housing, he and other African workers organize a union, to little effect; seeking help from African officials in Paris, he finds them utterly corrupt and unsympathetic. END_OF_DOCUMENT_TOKEN_TO_BE_REPLACED 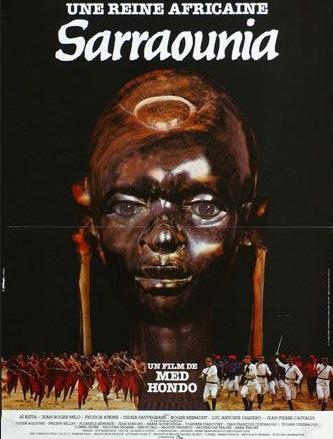 Sarrouina (Keïta), a young warrior queen of the Azna tribe well-schooled in the arts of herbalism and warfare, leads her people to victory against a neighboring tribe. But the real trial of strength for her comes when the French army marches south to widen its colonial grip on the African continent. The second half of the film focuses on the French, acidly but plausibly satirized as little tyrants whose megalomania swells in proportion with their failure to grasp the realities of the culture they are trying to crush. Grounded in careful historical research, Sarraounia is a superbly crafted and expansive film that strikes a celebratory, assertive tone. END_OF_DOCUMENT_TOKEN_TO_BE_REPLACED

One of Hondo’s enduring masterpieces, West Indies is a stunning widescreen musical that takes place entirely on a single set – a giant slave ship that symbolizes the triangular relationship between Africa, Europe and the Caribbean – as it explores the parallels between the forced migration of the Atlantic slave trade and the contemporary migration of Afro-Caribbean subjects to former colonial metropoles. In a breathtaking display of virtuosity, Hondo deftly uses an array of filmic techniques (a vertically oriented mise en scène, dexterous tracking shots, beautifully orchestrated long takes) to explore four centuries of history within his single location, signalling temporal shifts through fluid camera movements and sumptuous staging; meanwhile, the remarkable range of musical styles, witty, poignant, and rousing lyrics, and brilliant choreography dazzle the senses and invite the spectator to join in the struggle to transform the world. –Aboubakar Sanogo END_OF_DOCUMENT_TOKEN_TO_BE_REPLACED