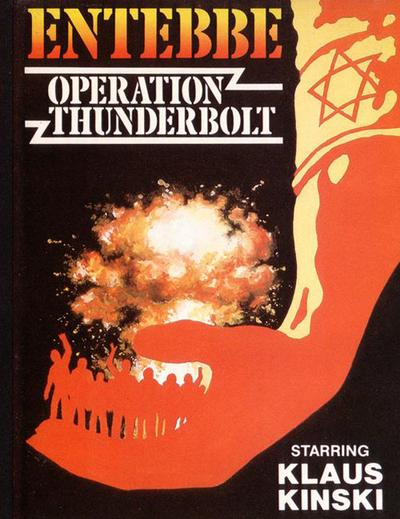 Plot Outline :
In July 1976, an Air France flight from Tel-Aviv to Paris via Athens was hijacked and forced to land in Entebbe, Uganda. The Jewish passengers were separated and held hostage in demand to release many terrorists held in Israeli prisons. After much debate, the Israeli government sent an elite commando unit to raid the airfield and release the hostages. The film is based on the true facts and follows the events since the flight’s takeoff and until the hostages’ return to Israel. END_OF_DOCUMENT_TOKEN_TO_BE_REPLACED 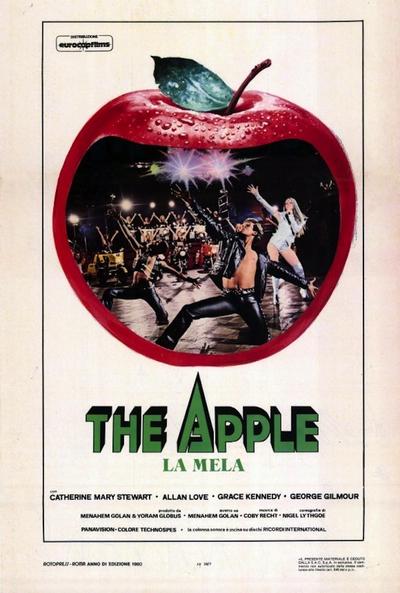 Review
This 1980 attempt to cut in on the “midnight movie” market created by The Rocky Horror Picture Show has become a camp classic for all the wrong reasons. The Apple is fascinating because it takes a conceptual wrong turn at every angle: the ‘futuristic’ production design looks garish and cheap instead of sleek, the tone constantly veers back and forth between comedy and melodrama and the script is a mind-boggling muddle of religious overtones, heavy-handed “showbiz” satire and silly attempts at an anti-totalitarian message. The Apple’s serious intentions are further crippled by weak performances: George Gilmour makes a stone-faced, emotionally inert hero and Catherine Mary Stewart is too bland a romantic lead to inspire any interest in the film’s romantic subplot. The only actor who escapes unscathed is Vladek Sheybal, who applies a light comedic touch to the villainous Mr. Boogalow that escapes the rest of the cast. Despite these seemingly insurmountable flaws, The Apple remains surprisingly watchable if one has a taste for schlock: director Menahem Golan keeps up a speedy pace that delivers the film’s bizarre melange of mismatched elements at a breezy clip and the outrageous musical score delivers an unintentionally funny but always catchy musical number every few minutes. The finished product seldom makes sense but delivers so much sheer oddness at such a high speed that it is virtually impossible to be bored by this film. As a result, The Apple will probably baffle most viewers but trash devotees will find it to be a ‘schlock musical’ classic worthy of Can’t Stop The Music or Grease 2. ~ Donald Guarisco, All Movie Guide END_OF_DOCUMENT_TOKEN_TO_BE_REPLACED