Quote:
A classic adventure by the makers of “King Kong.” In 1924, neophyte filmmakers Merian C. Cooper and Ernest B. Schoedsack hooked up with journalist and sometime spy Marguerite Harrison and set off to film an adventure. They found excitement, danger and unparalleled drama in the migration of the Bakhtiari tribe of Persia (now Iran). Twice a year, more than 50,000 people and half a million animals surmounted seemingly impossible obstacles to take their herds to pasture. END_OF_DOCUMENT_TOKEN_TO_BE_REPLACED

Synopsis:
Carl Denham needs to finish his movie and has the perfect location; Skull Island. But he still needs to find a leading lady. This ‘soon-to-be-unfortunate’ soul is Ann Darrow. No one knows what they will encounter on this island and why it is so mysterious, but once they reach it, they will soon find out. Living on this hidden island is a giant gorilla and this beast now has Ann in it’s grasps. Carl and Ann’s new love, Jack Driscoll must travel through the jungle looking for Kong and Ann, whilst avoiding all sorts of creatures and beasts. END_OF_DOCUMENT_TOKEN_TO_BE_REPLACED 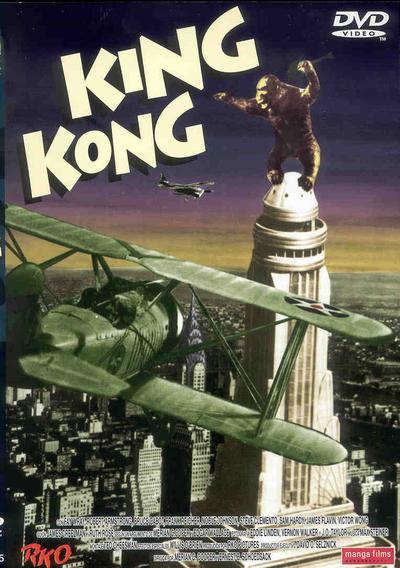 Generally thought of as a monster movie (not difficult to understand when your title character is a 50-foot-tall gorilla with a habit of killing people who get in his way), King Kong is actually an old-fashioned adventure story on the grand scale, complete with fearless hunters in search of uncharted islands, angry natives appeasing their god, damsels in distress, and a dashing hero on hand to save said damsel. Much of this story probably seemed a bit cliché even when King Kong was first released in 1933, but directors Merian C. Cooper and Ernest B. Schoedsack tell their tale with two-fisted gusto, leavened with a genuine sense of wonder, and the result captures the imagination from the start and never lets go. It also helps that they had a cast capable of handling the heroics in grand form while knowing how to play the abundant comic relief in appropriate style; Robert Armstrong’s Carl Denham is ham at its tastiest, Bruce Cabot’s Jack Driscoll is a hero with his feet planted solidly on the ground (and his tongue just entering his cheek), and has any screen heroine ever screamed more eloquently than Fay Wray? Willis H. O’Brien’s stop-motion effects animation was legendary in its day, and it retains its magic today; while technology has progressed considerably since King Kong, O’Brien was able to give his great ape a personality, and Kong’s moments of fear, curiosity, pain, and occasional goofiness gave him a sympathetic, ultimately tragic dimension that adds immeasurably to the picture’s effectiveness. And Max Steiner’s bombastic score is always there to cheer the picture along when its energy starts to flag. While the 1976 remake already seems hopelessly dated, the original King Kong remains rousing entertainment with brains, brawn, and a heart. — Mark Deming END_OF_DOCUMENT_TOKEN_TO_BE_REPLACED