here is a rip of the extra on the kino dvd. a 20 minute interview with haneke with serge toubiana END_OF_DOCUMENT_TOKEN_TO_BE_REPLACED

Synopsis:
Autumn 1990, a young Austrian goes to a party held by some of his friends and provokes a hideous bloodbath. As a reflection of daily reality and its crass representation of the horror of this extreme crime, Michael Haneke has composed an experimental collage of material gathered from one day of ORF (Austrian TV) broadcasting, using each part in proportion to the time allocated to it in the programme schedule.

Quote:
This is Michael Haneke’s first feature film, made for Österreichischer Rundfunk and Südwestfunk and broadcast in 1976. Like many of his later films for television and for the screen, it is an adaptation of a literary work; but viewers will probably notice moments in it that strangely anticipate later films — from The Seventh Continent and 71 Fragments of a Chronology of Chance, to Code Inconnu and Caché. The film, which is 97 minutes long, is based on a novella by the Austrian author Ingeborg Bachmann, published in 1972, a year before her death following a fire in her Rome apartment. END_OF_DOCUMENT_TOKEN_TO_BE_REPLACED

Quote:
Erika Kohut is a piano teacher at the Vienna Conservatory prestigious music school in Vienna. In her early forties and single, she lives with her overprotective and controlling mother in a hermetically sealed world of love-hate and dependency, where there is no room for men. Her sex life consists of voyeurism and masochistic self-injury. Lonely and alienated, Erika finds solace by visiting sex shops and experimenting with masochism. Ata a recital, she befriends Walter, a handsome young man, whom she seduces and with whom she begins an illicit affair. As Erika slowly drifts closer to the brink of emotional disorder, she uses the love-stricken Walter to explore her darkest sado-masochistic fantasies, which eventually lead to her undoing. END_OF_DOCUMENT_TOKEN_TO_BE_REPLACED

Quote:
Who loves whom in Così fan tutte, Mozart’s and Da Ponte’s cruelly comic reflection on desire, fidelity and betrayal? Or have the confusions to which the main characters subject one another ensured that in spite of the heartfelt love duets and superficially fleetfooted comedy nothing will work any longer and that a sense of emotional erosion has replaced true feelings? Così fan tutte is a timeless work full of questions that affect us all. The Academy Award-winning director Michael Haneke once said that he was merely being precise and did not want to distort reality. END_OF_DOCUMENT_TOKEN_TO_BE_REPLACED 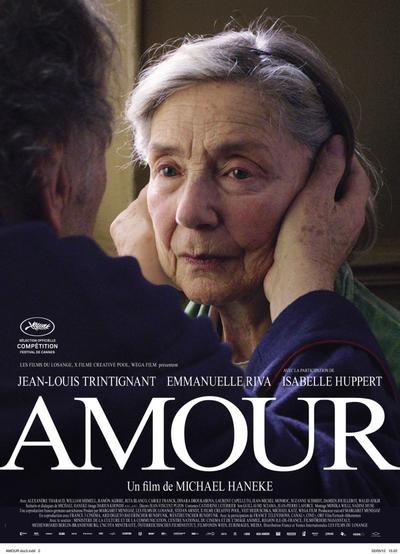 The Austrian director of ‘Hidden’ and ‘The White Ribbon’ offers an intimate, brave and devastating portrait of an elderly Parisian couple, Anne (Riva) and Georges (Trintignant), facing up to a sudden turn in their lives. Haneke erects four walls to keep out the rest of the world, containing his drama almost entirely within one apartment over some weeks and months. The only place we see this couple outside their flat, right at the start, is at the theatre, framed from the stage. Haneke reverses the perspective for the rest of the film. The couple’s flat becomes a theatre for their stories: past, present and future. END_OF_DOCUMENT_TOKEN_TO_BE_REPLACED