Jobe, a mysterious middle-aged rollerblader, gets blamed for the drug overdose of a super famous A-list actor. Afraid and confused, he spends one bizarre evening skating across the streets of Manhattan, all the while dodging paparazzi, police, and assorted late night weirdos. END_OF_DOCUMENT_TOKEN_TO_BE_REPLACED 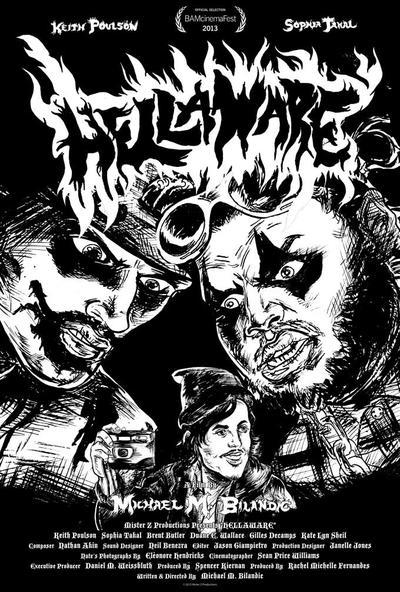 Jaded by the “incestuous, New York, socialite sh_t” that sells at prominent art galleries, Nate embarks on a quest for a more authentic brand of contemporary art. When a coked-up YouTube search leads to a music video from Delawarean Goth rappers Young Torture Killers, an Insane Clown Posse knock-off, Nate knows he’s found his subjects. He soon drags his friend-with-benefits Bernadette to rural Delaware to shoot the group playing in their parents’ basement. To “immerse himself” in the group’s culture and add an extra layer of realism to his work, Nate befriends the rappers and makes return trips to get to know them. But as his relationship with group develops, he becomes increasingly aware that, while you can take the boy out of the art world, you can’t take the art world out of the boy. END_OF_DOCUMENT_TOKEN_TO_BE_REPLACED