“Before Michael Mann set the big screen alight with the brilliant, epic Heat, he rehearsed the story in this made-for-TV version. Heat was a tour de force, with the scuzzy, spacey metropolis of LA as backdrop to a titanic battle between charismatic cop (Pacino) and taciturn tough guy robber (Pacino. This dynamic is hardly replicated in this earlier TV version – and if LA Takedown shows anything, it’s that a compelling story and talented director really do require stellar talent to generate the requisite screen effect. Intended as the pilot for a TV series, this tough and energetic story went straight to video in the UK, but achieved minor cult status, and is well worth watching for the differences to the remake, as well as the similarities. The central cop character Vincent Hanna (Plank) is retained, and the emphasis is on him as he pursues the bank robber. What is lacking is the density of characterisation and the myriad subplots. Still, it would be unfair to dismiss the film. Judged as a TV movie, it has merit, it’s just that the other elements are more modest.” – Channel4 END_OF_DOCUMENT_TOKEN_TO_BE_REPLACED

Quote:
An FBI specialist tracks a serial killer who appears to select his victims at random. END_OF_DOCUMENT_TOKEN_TO_BE_REPLACED 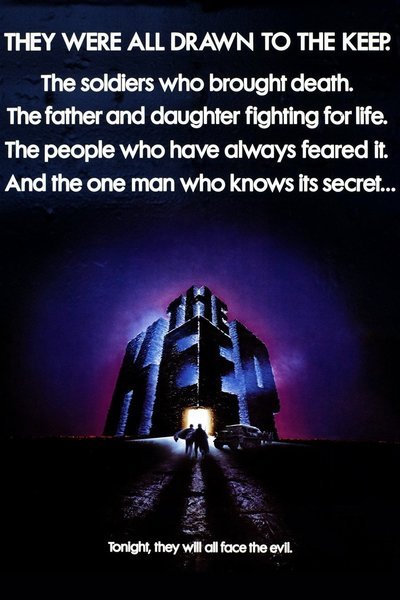 It is World War II in German-occupied Romania. Nazi soldiers have been sent to garrison a mysterious fortress in a remote area of the Carpathian Alps. A nightmarish discovery is soon made, forcing them to turn to a Jewish historian for help in battling the mysterious force killing their men. They soon discover the massive stone fortress was not built to keep anyone out—it was built to keep something in. END_OF_DOCUMENT_TOKEN_TO_BE_REPLACED

Quote:
Coming closer to his dream of leading a normal life, a professional safecracker agrees to do a job for the Mafia, who has other plans for him. END_OF_DOCUMENT_TOKEN_TO_BE_REPLACED 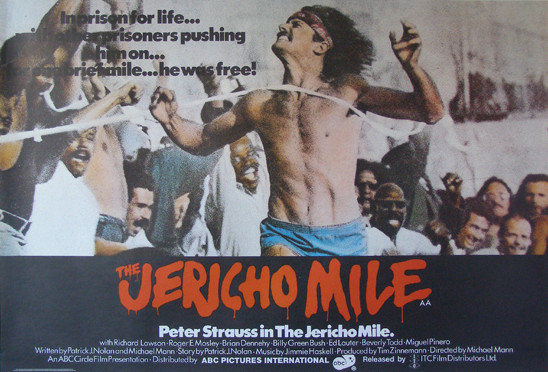 by Hal Erickson
Director Michael Mann co-wrote the teleplay for The Jericho Mile with Patrick J. Nolan. Peter Strauss stars as “Rain” Murphy, serving a life sentence in Folsom Prison for first-degree murder. To break up the boredom of prison life, Murphy begins running laps around the prison recreation track. Prison officials take notice when Murphy runs a mile in less than four minutes. They lobby to enter Murphy into the Olympics, an act of largesse that not only pulls Murphy out of his misanthropy but also helps to unify his racially divided fellow prisoners. Originally telecast March 18, 1979, The Jericho Mile was filmed on location at Folsom Prison, with several inmates playing small roles–and talking the talk of prisoners, never mind the TV censors. END_OF_DOCUMENT_TOKEN_TO_BE_REPLACED