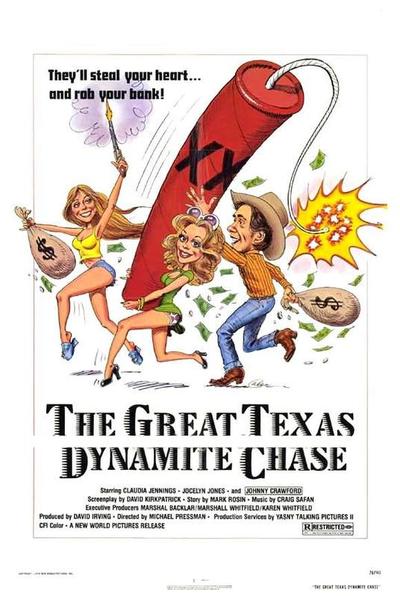 The Great Texas Dynamite Chase is a well-made exploitation film which works on two levels, providing kicks for the ozoner crowd and tongue-in-cheek humor for the more sophisticated. The film had some initial playdates under the title Dynamite Women.
Claudia Jennings and Jocelyn Jones are stylish and attractive as a pair of brazen Texas bankrobbers. They stay firmly in character throughout as a loyal but very divergent criminal pair.
Jennings is a hardened prison escapee, while Jones goes on the road to avoid the boredom of being a smalltown bank teller. They use lots of dynamite along the way, but there’s little bloodshed until the last part of the film, when the film’s dominant spoof tone turns uncomfortably and unsuccessfully close to reality. END_OF_DOCUMENT_TOKEN_TO_BE_REPLACED