Quote:
In 1969, 500,000 people descended on a small patch of field in a little-known town in upstate New York called Woodstock. In this documentary, the iconic event is chronicled in unflinching detail, from the event’s inception all the way through to the unexpected air-delivery of food and medical supplies by the National Guard. The film contains performances, interviews with the artists and candid footage of the fans in a defining portrait of 1960s America. END_OF_DOCUMENT_TOKEN_TO_BE_REPLACED 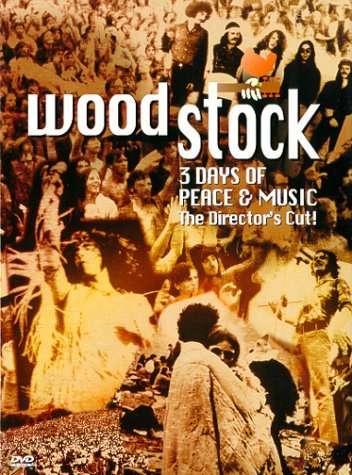 from rottentomatoes:
Michael Wadleigh’s WOODSTOCK: THREE DAYS OF PEACE & MUSIC finds the best rock stars of the 1960s performing at the historic Woodstock Music and Art Fair, the most celebrated rock concert of all time. Shot over the course of three days in August 1969, the film conveys the unique spirit of the once-in-a-lifetime, communal event, and in turn, captures the mood of an entire era. Amazingly volatile, electrifying performances are included by such timeless artists as Richie Havens; Joan Baez; The Who; Sha Na Na; Joe Cocker; Country Joe and The Fish; Arlo Guthrie; Crosby, Stills and Nash; Ten Years After; Santana; Sly and the Family Stone; Jimi Hendrix; Canned Heat; John Sebastian; Jefferson Airplane; and Janis Joplin. In addition to the music, the film’s historical relevance is what makes it such an important time capsule, thrillingly eternalizing the legendary event for generations to come. END_OF_DOCUMENT_TOKEN_TO_BE_REPLACED