Synopsis:
The many ways in which men are fascinated, compelled, and confused by their attraction to women are explored in this four part drama. As a filmmaker (John Malkovich) tries to sort out his plans for his next film, he considers several stories about women and the men who love them. Silvano (Kim Rossi Stuart) meets Carmen (Ines Sastre) and immediately asks her for a date, but despite his attraction, he can’t follow through on his feelings for her. The director spies a woman on the streets (Sophie Marceau) and follows her obsessively, but when he finally meets her, he’s disappointed, despite their mutual physical attraction. END_OF_DOCUMENT_TOKEN_TO_BE_REPLACED

The third feature film by cinema master Michelangelo Antonioni, La signora senza camelie [The Lady Without Camelias], expanded the expressive palette of contemporary Italian movies, demonstrating that a personal vision could take an explicitly poetic tack; that “seriousness = neo-realism” was perhaps already turning into something of a truism; and that Antonioni would answer to no-one but himself. END_OF_DOCUMENT_TOKEN_TO_BE_REPLACED In late 1960s America, at Zabriskie Point, United State’s lowest point, two perfect strangers meet. Mark, a young undergraduate dreamer, during a massive students’ revolt, armed and on the run from the police, he steals a small aeroplane and flies to the safety of the Death Valley, across the vast Californian desert. There, the young hippie student, Daria, is driving across the empty stretch of highway in her Buick, and before long, the two rebellious youngsters will meet, starting off an unrestrained romance, making love at Zabriskie Point’s dusty terrain. Two perfect bodies in a flawed world.
— Nick Riganas. END_OF_DOCUMENT_TOKEN_TO_BE_REPLACED

Paola is a young, beautiful woman married to a wealthy entrepreneur. She meets her former lover Guido after seven years, but their relationship is marked by tragic events. END_OF_DOCUMENT_TOKEN_TO_BE_REPLACED 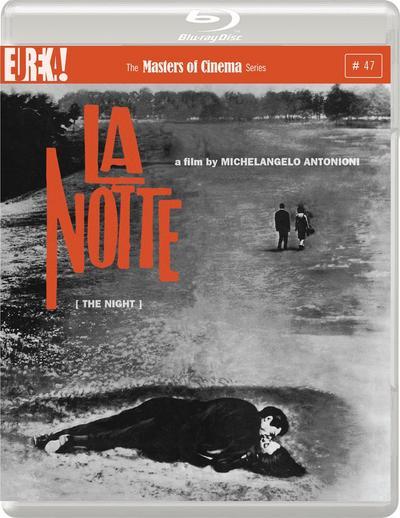 Quote:
One of the masterworks of 1960s cinema, La notte [The Night] marked yet another development in the continuous stylistic evolution of its director, Michelangelo Antonioni — even as it solidified his reputation as one of the greatest artists of the 20th century. La notte is Antonioni’s “Twilight of the Gods”, but composed in cinematic terms. Examined from a crane-shot, it’s a sprawling study of Italy’s upper middle-class; seen in close-up, it’s an x-ray of modern man’s psychic desolation. Two of the giants of film-acting come together as a married couple living in crisis: Marcello Mastroianni (La dolce vita, 8 1/2) and Jeanne Moreau (Jules et Jim, Bay of Angels). He is a renowned author and “public intellectual”; she is “the wife”. Over the course of one day and the night into which it inevitably bleeds, the pair will come to re-examine their emotional bonds, and grapple with the question of whether love and communication are even possible in a world built out of profligate idylls and sexual hysteria. END_OF_DOCUMENT_TOKEN_TO_BE_REPLACED 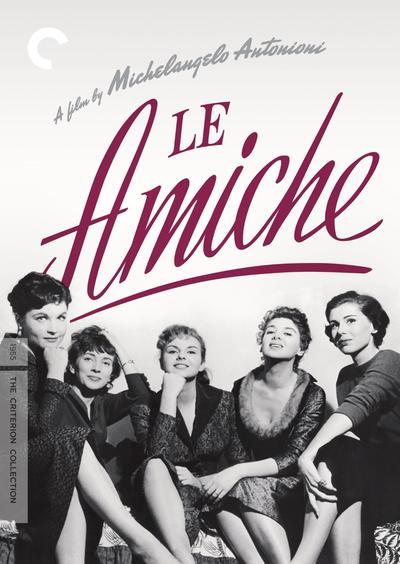 Quote:
Michelangelo Antonioni’s Le Amiche opens with an aerial shot of Turin, Italy that, in the moment, could easily be mistaken as simply a cheery, picturesque backdrop for the credits sequence. Retroactively, though, the image proves deceptive and even misleading in its suggestion of peace and tranquility. Antonioni’s 1955 film interrogates the detrimental socio-economic dimensions of modernity in Turin by moving an assortment of characters through confrontations and conversations in drawing rooms and cafés, and outside on beaches and in alleyways, so that a character’s elation or devastation must be understood in relation to the place where it occurs. Le Amiche is filled with characters asking one another “why” something is happening, but for the director, “where” is always the most optimal question. END_OF_DOCUMENT_TOKEN_TO_BE_REPLACED

Quote:
A trilogy of stories of well-off youths who commit murders. In the French episode, a group of high school students kill one of their colleagues for his money. In the Italian episode, a university student’s involved in smuggling cigarettes. In the English episode, a lazy poet finds the body of a woman on the downs, and tries to sell his story to the press. END_OF_DOCUMENT_TOKEN_TO_BE_REPLACED