Quote:
Mike Hodges (Flash Gordon, Get Carter) wrote and directed this supernatural chiller as a meditation on the human race s ability to destroy the world, a gothic tale of suspense and the occult, guaranteed to send shivers down your spine. Martha Travis (Rosanna Arquette, Pulp Fiction, Crash) is a travelling clairvoyant on the road with her sceptic father (Jason Robards, Once Upon a Time in the West, Magnolia). During a séance Martha communicates a message from a dead man to his wife in the audience. Shocked the wife insists her husband is still alive. Later that evening the husband is killed by a ruthless assassin. As Martha foresees more and more tragic events journalist Gary Wallace (Tom Hulce, Amadeus, Animal House) follows the pair in pursuit of a hot story with catastrophically eerie results. Sent direct-to-video by its struggling distributor on initial release, Black Rainbow unfairly never got the exposure it deserved, newly restored from the original negative audiences can now discover the darkness at the end of the rainbow, as never before. END_OF_DOCUMENT_TOKEN_TO_BE_REPLACED

Synopsis:
A vicious London gangster, Jack Carter, travels to Newcastle for his brother’s funeral. He begins to suspect that his brother’s death was not an accident and sets out to follow a complex trail of lies, deceit, cover-ups and backhanders through Newcastle’s underworld, leading, he hopes, to the man who ordered his brother killed. Because of his ruthlessness, Carter exhibits all the unstopability of the cyborg in The Terminator (1984), or Walker in Point Blank (1967), and he and the other characters in this movie are prone to sudden, brutal acts of violence. END_OF_DOCUMENT_TOKEN_TO_BE_REPLACED 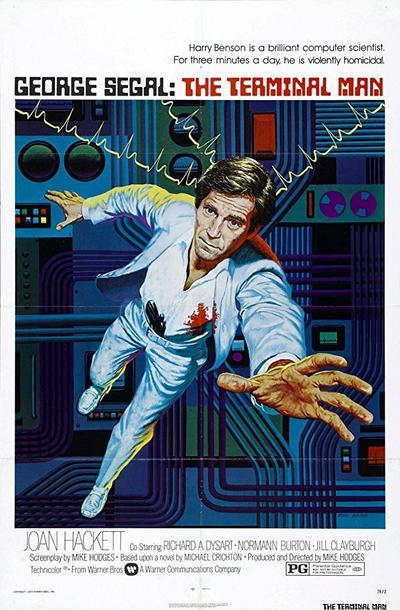 As the result of a head injury, brilliant computer scientist Harry Benson begins to experience violent seizures. In an attempt to control the seizures, Benson undergoes a new surgical procedure in which a microcomputer is inserted into his brain. The procedure is not entirely successful.

Terrence Malick, the director of Badlands, wrote to Hodges expressing how much he loved watching The Terminal Man, saying “Your images make me understand what an image is.” END_OF_DOCUMENT_TOKEN_TO_BE_REPLACED 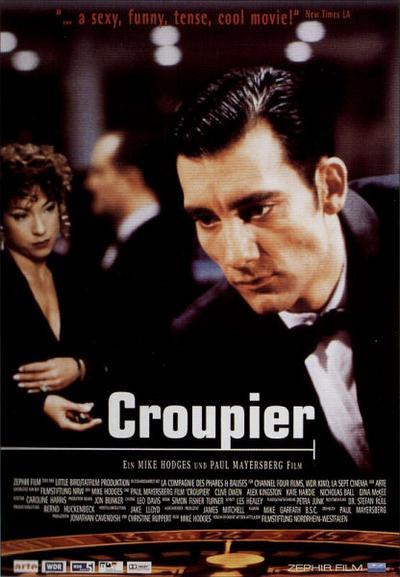 Directed by Mike (Get Carter) Hodges and written by Paul Mayersberg, this is a first person movie. Clive Owen is Jack. The voice-over commentary covers his thoughts, a technique that can be dangerously indulgent. Not here. Mayersberg’s script has the clarity of an open wound. END_OF_DOCUMENT_TOKEN_TO_BE_REPLACED