Quote:
Born in 1901, Mikhail Romm took part in the Bolshevik Revolution, the Civil War, and World War II. His landmark films Nine Days of One Year (1961) and Ordinary Fascism (1965) embodied the intellectual discourse and discontent of the 1960s, influencing an entire generation of Thaw filmmakers, including Andrei Tarkovsky, G. N. Chukhrai, Marlen Khutsiev, and Elem Klimov. Following Romm’s untimely death during the making of …And Still I Believe, his former students Khutsiev and Klimov completed this remarkable film montage, a personal journey across 20th-century history and the clash of civilizations told, in part, through Romm’s own diary entries and gripping historical footage. END_OF_DOCUMENT_TOKEN_TO_BE_REPLACED 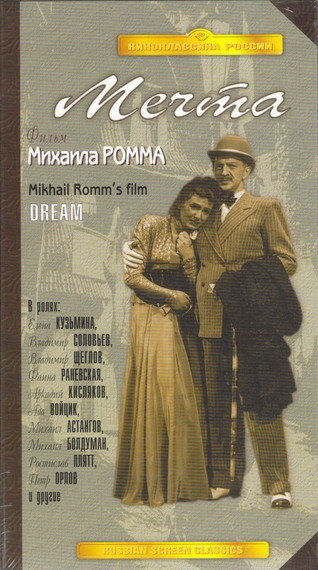 About the fate of Anne, a peasant girl who finds herself among the inhabitants of the «Dream» furnished rooms in a town of Western Ukraine. They are unfortunate people who can’t be settled in life that shuts the door on them. Only Anne manages to realize her dream of worthy existence: having overcome serious difficulties she finds herself in the USSR.
Source : www.mosfilm.ru END_OF_DOCUMENT_TOKEN_TO_BE_REPLACED 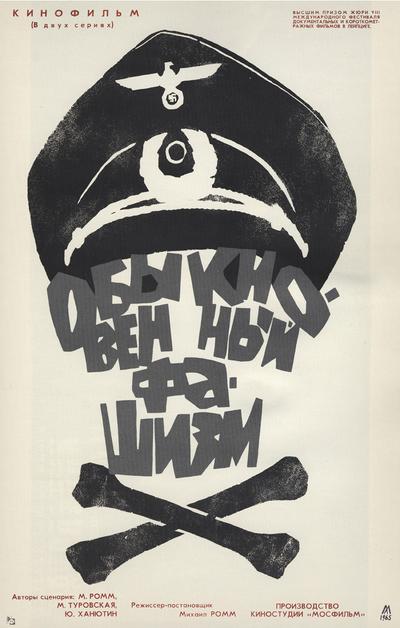 A collage of documentary and chronicle footage from various German and Soviet archives, attempting to reconstruct the experience of the citizens of the Third Reich and to grasp the essence of totalitarian regime. The footage is accompanied by director’s commentary, analyzing the imagery.

Romm’s “Ordinary Fascism” pulls out all the stops in its selection of documentary material to draw the viewer not only into absolute horror about fascism and nazism in the 1920s-1940s Europe, but also to a firmest of convictions that nothing of the sort should be allowed to happen again anywhere in the world. The film was released in 1965, in the Soviet Union’s heyday at the height of the great societal and intellectual “thaw” that followed the Stalin’s death and the denunciation of Stalin’s totalitarianism by Nikita Khruschev. Never explicitly mentioning any of them explicitly, the film targets tyranny and despotism no matter what form they may take. END_OF_DOCUMENT_TOKEN_TO_BE_REPLACED 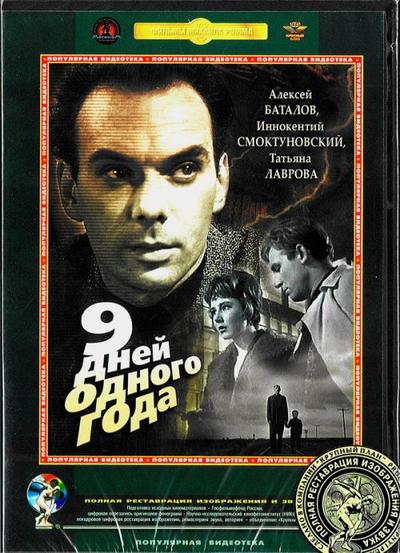 Plot:
Two young physicists, an afflicted experimenter Dmitri Gusev (Batalov) and a sceptical physicist-theorist Ilya Kulikov (Smoktunovsky) carry out nuclear researches at a Siberian research institute. Dmitri heads the researches begun by his teacher Sintsov who as a result of experiment had received a deadly dose of radiation. Gusev is irradiated also. Doctors warn that any more radiation will kill him. At that time his friend Ilya and Lyolya who loved Dmitri developed a romantic relationship. The enamoured couple prepares for a wedding and look for a possibility to inform Dmitri about it. When they meet, Dmitri already suspects this and coldly received Lyolya and Ilya. Lyolya is caught up in self-contradictions, and as she tries to establish his true feelings for her she learns about the terrible diagnosis. Realising that she still loves Dmitri, Lyolya cancels her wedding to Kulikov and weds Gusev. END_OF_DOCUMENT_TOKEN_TO_BE_REPLACED