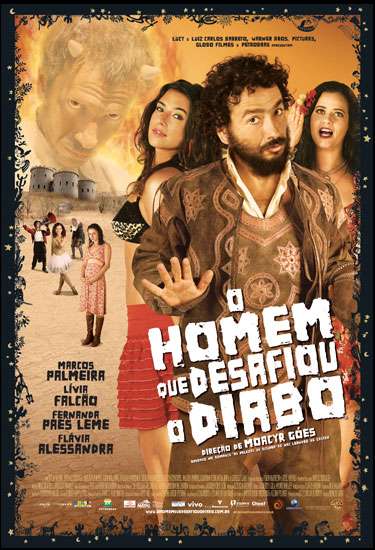 José Araújo, an attractive, happy traveling salesman, arrives at the little town of Jardim dos Caiacós where he meets “Turco,” owner of the grocery and Dualiba’s father, a virgin forty-year-old woman. Excited at the pretty woman, Zé Araújo does what nobody else had ever dared to do. Dualiba tell her daddy what happened, and he looks for Zé Araújo to make an irrefutable proposal: marry his daughter. Years later, apparently resigned to his fate, Zé Araújo discovers he’s the joke in town. Unexpectedly, there’s a change from an attractive traveling salesman into a fearless Ojuara, who rides into the Northeatern Brazilian backlands to fight for the unprotected along a journey full of adventures and love conquers END_OF_DOCUMENT_TOKEN_TO_BE_REPLACED