China 9, Liberty 37 falls halfway between the Hollywood backlot-western school and the Italian “spaghetti” western genre, borrowing the best elements from both. Fabio Testi plays a gunfighter who is saved at the last moment from a hangman’s noose. His liberators are a cartel of railroad men who want Testi to kill farmer (and former hired gun) Warren Oates, who has refused all entreaties to sell his land. As part of the scheme, Testi befriends Oates; on his own volition, he sleeps with Oates’ wife Jenny Agutter. When the railroad barons insist that Testi go through with his mission, he refuses, and helps the farmer fight off the train moguls’ hired thugs. Also known as Gunfire, China 9 Liberty 37 features a cameo by director Monte Hellman’s role model, Sam Peckinpah, who plays a bombastic Ned Buntline-style novelist. And the significance of the title? It’s the location of Warren Oates’ spread: Nine miles from the town of China, 37 miles from the town of Liberty. END_OF_DOCUMENT_TOKEN_TO_BE_REPLACED

Quote:
While drag-racing through the American Southwest in a Chevvy 150, a driver and his mechanic cross paths with an alluring hitchhiker and the inexperienced, tall tale-spinning driver of a GTO. END_OF_DOCUMENT_TOKEN_TO_BE_REPLACED

Quote:
Iguana is an allegorical fable of the abuses of power which follows a disfigured and fiercely misanthropic sailor who jumps ship to become the improbable king of a remote barren island. Featuring a haunting score by Joni Mitchell and starring Everett McGill as a man raging against the calcified hierarchies of 19th century society, Iguana has gained the reputation of a cult film maudit for its harrowing depiction of the savagely exacting master-slave society created by the despotic sailor. Among Hellman’s least discussed works, Iguana will be presented in its rarely screened extended director’s cut. – HG END_OF_DOCUMENT_TOKEN_TO_BE_REPLACED 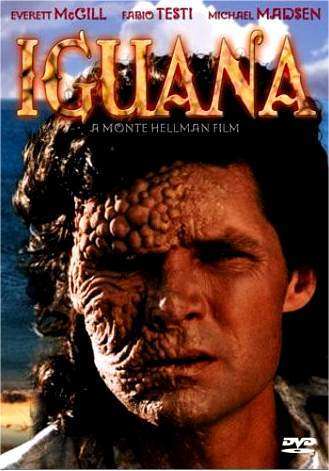 Description: Everett McGill stars as a 19th Century sailor whose bizarre facial deformity earns him the name “Iguana.” Beaten and tortured by his shipmates, he escapes to a deserted island where he declares war on all of mankind. Soon, a group of shipwrecked sailors and one kidnapped young maiden are made prisoners of Iguana’s brutal slave empire. In a kingdom ruled by savagery and lust, can these survivors face the greatest evil of all? END_OF_DOCUMENT_TOKEN_TO_BE_REPLACED