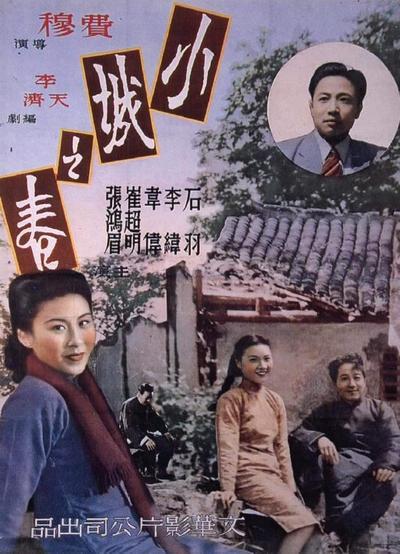 Taking place in a ruined family compound after the war, the film tells the story of the once prosperous Dai family. The husband and patriarch, Dai Liyan is an invalid, and spends his days in the courtyard nostalgic for the past. His marriage to Zhou Yuwen has long been rendered loveless, though both still feel concern for the other. Liyan’s young teenage sister Dai Xiu, meanwhile, is too young to remember the past, and stays cheerful and playful in the ruins of her home. Into this dreary but unchanging existence comes Liyan’s childhood friend Zhang Zhichen, a doctor from Shanghai and a former flame of Zhou Yuwen before she ever met her husband. The rest of the film details Zhou Yuwen’s conflicting emotions between her love for Zhang, and her loyalty to her husband and his family. END_OF_DOCUMENT_TOKEN_TO_BE_REPLACED Confucius (Chinese: 孔夫子; pinyin: Kǒng Fūzǐ) is a 1940 Chinese film directed by Fei Mu. Produced during the war, the film was released twice in the 1940s before being thought lost. In 2001, the film was rediscovered when an anonymous donor sent a damaged copy of the print to the Hong Kong Film Archive (HKFA). The HKFA then spent seven years restoring the print which was finally screened to modern audiences at the 33rd Hong Kong International Film Festival in April 2009.
The film depicts Confucius’s later life, as he traveled across a China divided by war and strife in an ultimately futile effort to teach various warlords and kings his particular philosophy.
END_OF_DOCUMENT_TOKEN_TO_BE_REPLACED