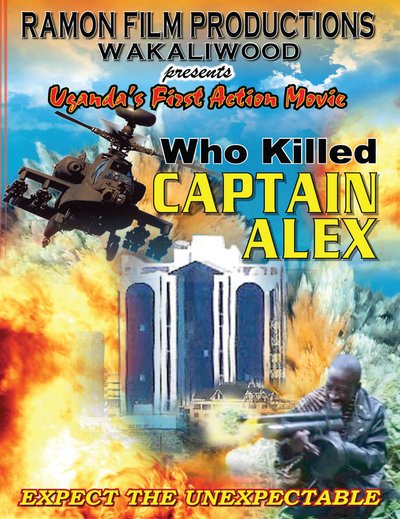 A mafia leader’s brother is captured in a shootout, prompting a revenge attack on the army camp. But when troop leader Captain Alex is killed during a raid, a violent war escalates between the two sides. The captain’s brother takes matters into his own hands, while mafia henchmen take to the skies to bomb Kampala. Narrated with energy and wit by ‘Video Joker’ Emmie, ultra-low budget thriller Who Killed Captain Alex became an international viral sensation when its trailer first hit YouTube. Self-taught film-maker Nabwana Isaac Godfrey Geoffrey produced, directed, shot, wrote and edited the film from his home in the slums of Uganda (a.k.a ‘Wakaliwood’) for under $200. END_OF_DOCUMENT_TOKEN_TO_BE_REPLACED