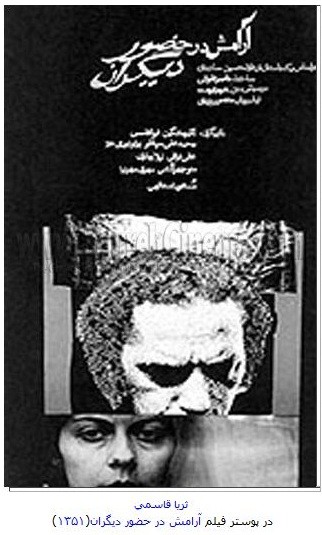 Quote:
Consistently voted as one of the greatest national films of all time by Iranian critics, Tranquility in the Presence of Others is an early film by Iranian auteur Naser Taghvai. A painfully honest portrayal of alcoholism and promiscuity and their effects on family relations, Tranquility hails from the deepest corners of Iranian society but delivers to a universal audience, exploring themes that remain relevant to this day.

In the film, a retired lieutenant who has recently married a much younger woman after the death of his wife returns from rural Iran to Tehran to live with his two daughters. The housemaid tries her best to hide from him the fact that his daughters live a life of decadence and promiscuity. Nevertheless, his uneasiness with their lifestyle leads him to alcohol and slowly drives him to insanity. Suicide attempts, unwanted pregnancies and marriages and tense relationships between family members create an environment far from the poetic Tranquility of the title. END_OF_DOCUMENT_TOKEN_TO_BE_REPLACED