A documentary film about prostitutes, yakuza, labor unions, and tourists in Koza City (now Okinawa City) before the reversion of Okinawa to Japan.

Shot over a period of 15 months from April 1969 to July 1970, Motoshinkakarannu —which takes its name from the Okinawan word for “business without seed money” (a euphemism for prostitution)—captures a tumultuous time in Okinawa’s occupation. With the impending reversion, the NDU chronicles a confluence of sentiments across the island prefecture from anti-American riots to labor protests. An immediate and radical work, Motoshinkakarannu delivers an unflinching snapshot of Okinawa at the time, revealing racial tensions, discrimination, imperialist gazes and more through its raw immersion into the lives of sex workers, yakuza, tourists and GIs. END_OF_DOCUMENT_TOKEN_TO_BE_REPLACED 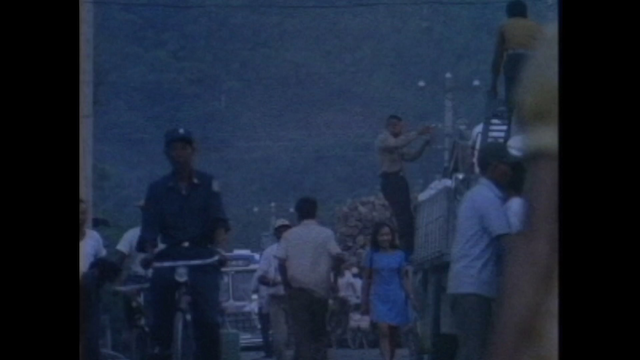 Lost for decades, Asia is One was rediscovered in 2005. Shot around the time of the reversion, Asia is One initially begins by capturing shifting perceptions in Okinawa and economic developments—from the onset of increased tourism and cultural preservation, to the exodus of islanders migrating to the mainland for better opportunities whether for work, education or a better life. Composed of testimonials, Asia is One uncovers the history of labor abuse and exploitation by mainland mining companies since the 1930s and documents the Taiwanese and Zainichi immigrants who worked in these harsh mines, confronting the legacy of imperialism alongside concepts of border and identity on the vast stretches of islands that lead down to Taiwan. END_OF_DOCUMENT_TOKEN_TO_BE_REPLACED