Quote:
Gabino is a 24-year old man who still lives with his mother and works as a moving truck driver in Mexico City. His mother, Teresa, worships Gabino’s older brother, Miguel, whom never visits them. Gabino and his mother have a distant relationship that comes to a climax when they stumble upon an unexpected discovery. END_OF_DOCUMENT_TOKEN_TO_BE_REPLACED

Quote:
In a run-down Mexican mining town, Luisa brings her boyfriend Paco home to meet her family. They’re both actors, and the visit grows increasingly (and hilariously) awkward as Luisa’s father becomes fascinated by Paco’s minor role in a television phenomenon. Fauna’s exploration of performance deepens as the film reinvents itself halfway through, reconfiguring its characters into a mystery plot set at a nearby hotel. Scenes and characters begin to repeat and revise each other’s earlier incarnations, creating a deadpan mindbender that grows more entrancing with each beguiling detour, and invites a parallel universe of interpretations. (MK) END_OF_DOCUMENT_TOKEN_TO_BE_REPLACED A wraithlike fantasy capturing the languorous texture of privilege, Minotaur studies both the nearly-obsolete ritual of cloistering oneself from the world to read, and the social status that would make such an activity possible. Nicolás Pereda’s seventh film premiered at both the New York Film Festival and Toronto. END_OF_DOCUMENT_TOKEN_TO_BE_REPLACED 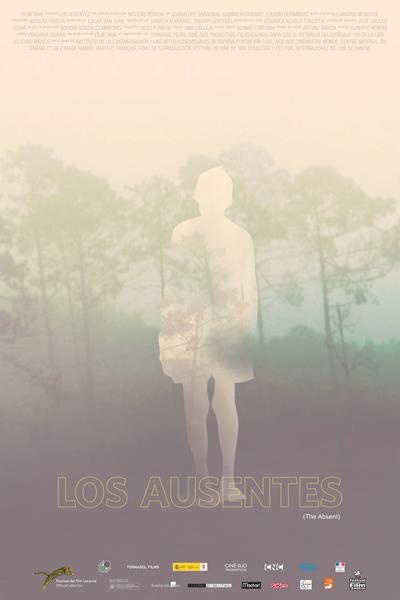 A poor man in his mid seventies lives alone in a house near the beach in the south of Mexico. He doesn’t have the and deed and a foreign man claims the property is his. The man attends a hearing to solve the conflict, but nothing gets resolved. During this time he starts losing his mind. Memories of the past start hunting his daily life. He ends up losing his property and his house gets demolished. He embarks on a journey to the mountains in search for people he knew in the past. A memory of his younger self hunts him throughout the trip. He ends up finding some people he knew, but no one he can stay with, so he continues wandering through the forest and into his memories. He meets his younger self, but doesn’t recognize him. They get drunk together, sing songs of the past and nearly pass out after a long night of drinking. END_OF_DOCUMENT_TOKEN_TO_BE_REPLACED 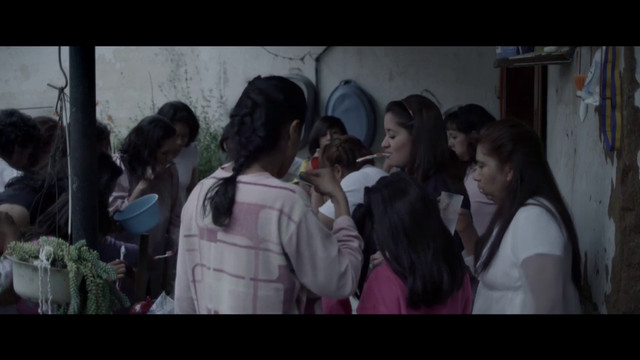 Pereda’s films pass through a transitional period; Los mejores temas was probably a conscious farewell to a filmic representation system while Matar extraños turned out to be an enigmatic first test; El palacio is a new attempt at renovation, an experiment. These last two films show a novel element —the shifting of the family and domestic spheres to a public and political space. Whereas Matar extraños used revolution as its focal concept, in this enigmatic film the microphysics of power is the permeating idea.
The opening wide shot is brilliant; the 17 women who appear in this film are washing their teeth at the same time. Among this group there are little girls, young and old women, and they are not at a bathroom but at a patio filled with large sinks. Their activity unites them, though their experiences and, eventually, their functions differ. Where are they? For several minutes the only thing we will see are the diverse cleaning-related actions performed by these women. Everything happens in an old house, without any indication of its location. Abstraction and routine. Pereda is capable of filming someone hanging clothes to dry or making a bed as if those were aesthetic events.
A donkey wonders around and imposes a comical tone for a moment; but a donkey is an animal used for servitude. And the title of the film mentions a palace.
END_OF_DOCUMENT_TOKEN_TO_BE_REPLACED