Twelve jurors must decide the fate of a Chechen adolescent charged with murdering his stepfather. END_OF_DOCUMENT_TOKEN_TO_BE_REPLACED 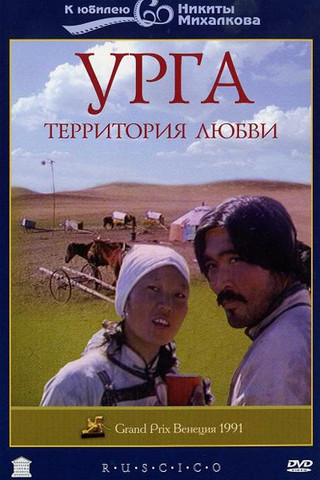 Veteran Russian writer-director Nikita Mikhalkov’s film about the impact of modern civilization on an idyllic part of Mongolia won the Golden Lion at the Venice Film Festival and was nominated for an Oscar as Best Foreign Film. A farmer (Bayyartu) and his wife, who live in a rural part of Inner Mongolia, have three children. Chinese population control policies prevent them from having any more. The farmer sets out for the nearest town to obtain birth control. He comes upon a Russian truck driver (Vladimir Gostyukhin) who has ended up in a lake. The farmer takes the man back to his farm, and after initially being appalled at the lack of civilization, the Russian becomes enchanted with the peaceful life of the backwards countryside and decides to stay. But his presence presages big changes for the peasants.
END_OF_DOCUMENT_TOKEN_TO_BE_REPLACED 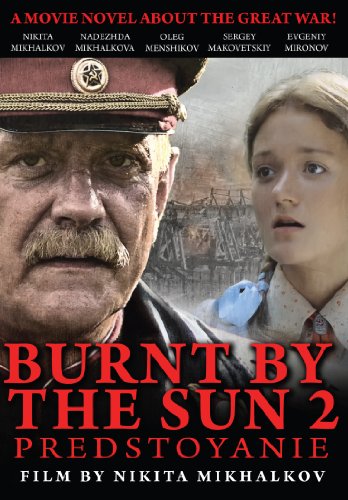 Plot:
Epic film about WWII, a sequel to Burnt by the Sun (1994). Evil Stalin is terrorizing people of Russia while the Nazis are advancing. Russian officer Kotov, who miraculously survived the death sentence in Stalin’s Purge, is now fighting in the front lines. His daughter, Nadia, who survived a rape attempt by Nazi soldiers, is now a nurse risking her own life to save others. In the war-torn nation even former enemies are fighting together to defend their land. People stand up united for the sake of victory. The deadly war comes at very high cost: the Nazis are killing people, burning villages, raping women, bombing churches, destroying bridges. Hoping to survive, Kotov and his daughter are having visions of each other, but their dreams fade amidst massive bombardment. Fire and smoke eclipses the sun. The land around becomes lifeless, defenseless and littered with the dead. Then the dead are covered by snow. Life is over. Only a butterfly is flying above the weapons and corpses, alluding to eternity. END_OF_DOCUMENT_TOKEN_TO_BE_REPLACED 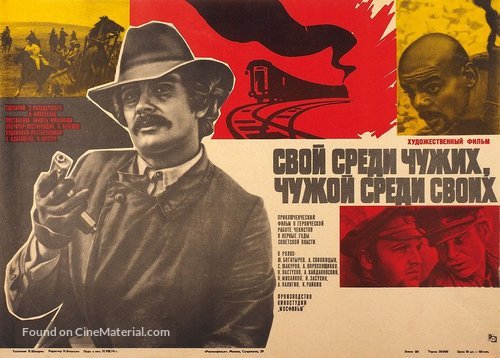 Quote:
An unenviable lot fell to the Red Army soldier Shilov: he is being suspected of stealing gold. In the hungry 1920s, the young Soviet Republic’s government searches for gold all over the country, to buy for it bread from abroad. And now, the collected valuables disappeared from the armored and well-guarded train car on their way to Moscow. Shilov learns that the valuables have been stolen by the bandits. To restore his good reputation, Shilov has to infiltrate the band. To find out where the stolen gold is kept, he must be at home among the strangers.
A debut of the world-famous director Nikita Mikhalkov, this film is an excellent model of a “western,” having a very ingenious plot, and, most importantly, being a hymn to men’s true friendship. END_OF_DOCUMENT_TOKEN_TO_BE_REPLACED 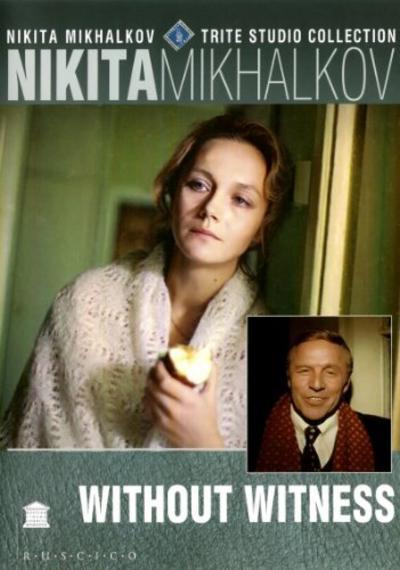 Synopsis:
Without Witness is an unflinchingly intimate and wickedly plotted two-actor tour de force pitting a divorced couple against each other and themselves. END_OF_DOCUMENT_TOKEN_TO_BE_REPLACED

Nikita Mikhalkov – Sibirskiy tsiryulnik aka The Barber Of Siberia [+Extras] (1998) 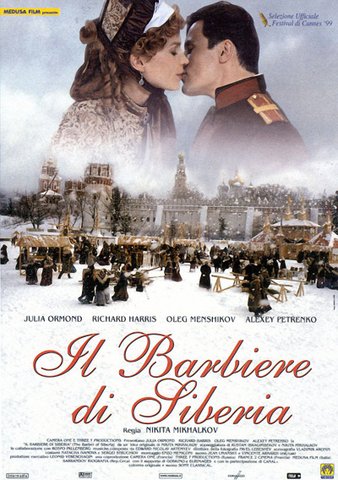 Richard Harris stars as a foreign entrepreneur, who ventures to Russia in 1885 with dreams of selling a new, experimental steam-driven timber harvester in the wilds of Siberia. Julia Ormond portrays his assistant, who falls in love with a young Russian officer, played by Russian star Oleg Menshikov, and spends the next 10 years perfecting the harvester and pursuing her love, who has been exiled to Siberia.
END_OF_DOCUMENT_TOKEN_TO_BE_REPLACED

Plot Synopsis by Hal Erickson (from allmovie.com)
Nikita Mikhalkov examines the plight of the filmmaker operating in an uncertain political climate in his irony-laden seriocomedy Slave of Love. The time is 1918, at the height of the Bolshevik revolution. A small group of filmmakers are hurriedly trying to complete a silent melodrama while the world changes all around them. As production progresses, leading lady Elena Solovei metamorphoses from self-centered movie star to committed revolutionary. Normally described as “Chekhovian,” director Mikhalkov borrows a few pages from Pirandello. With Slave of Love he gained his first serious international attention. END_OF_DOCUMENT_TOKEN_TO_BE_REPLACED