From filmaffinity.com
Today as tomorrow and as yesterday. Four women, who have been sterilized and are under constant toxic restraint and surveillance, are serving their term in a government-run brothel. Their duty is to have sex and beat their customers without remorse. The relations between them are at a critical point; food and water are scarce, their house is rotting and ready to collapse. Nothing on the outside exists any more. Nightmarish visions, simulated miscarriages and rapes, injections and nausea all make up their daily routine. Yet their dream – even though they have been sterilized by the State – is to have a child. One day, one of their customers disappears. The interrogations begin. END_OF_DOCUMENT_TOKEN_TO_BE_REPLACED 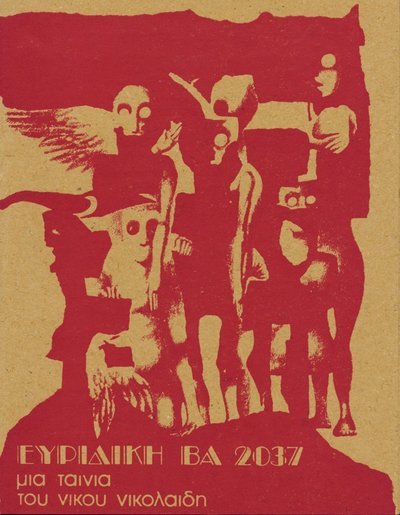 Synopsis:
Euridice lives imprisoned inside a metaphorical hell-house, in a country ruled by a dictatorship regime.
Having already served her time, she is waiting to be transferred “somewhere else”. However, the State Processor in charge of the prisoners transfers has been mocking her for days… maybe even years.
A long lost lover (Orpheus), contacts her asking to see her again. Euridice accepts, hoping that something will change yet she is also afraid of any changes. END_OF_DOCUMENT_TOKEN_TO_BE_REPLACED 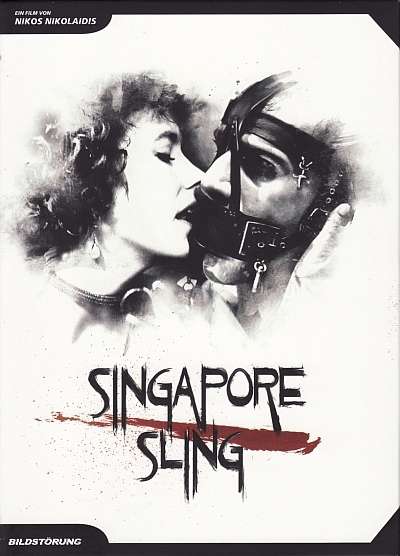 Quote:
Singapore Sling, seen here in its world premiere, could very well become this year’s runaway cult hit. A wonderfully outrageous expose of the innermost recess of human sexuality treated with a brashness and candour worthy of de Sade, this film does not hesitate to peel away layer after layer of human sensuality and physical stimulation that almost undefinable point where the distance between pain and pleasure begins to disappear. Singapore Sling is friendless, homeless and always broke; he is always chasing after lost causes, in particular a woman named Laura, a romantic memory from his past. She may in fact have died years ago, and he could very well be obsessed with a corpse. One lonely night in his meandering search, he finds himself in a mysterious villa, watching two women bury a body. He falls into their trap as naturally as a fly is caught in a spider’s web, their unwitting last victim in a sinister play of cruel fun. In a pervasive atmosphere of decadence and isolation, the two women act out insane pleasure games, unappetizing rituals of blood and murder. Theirs is a world turned in on itself where private sexual fantasies are transformed into explosive lust. This cocktail’s unusual recipe is no common mix of violence and sexual pleasure. Incest, lesbianism, sadism, bondage and much more are depicted with assured kinky precision and a perfectly immodest sense of the outrageous. However, Nikolaidis does not pass up a single opportunity to extract the wildly camp humour, albeit of a decidedly dark hue, of this scenario. Neither gory nor offensive in intent, the director’s determined treatment of his material makes for a gloriously entertaining black comedy. Filmed in sumptuous black and white to underscore the mock eeriness of the imagery, Singapore Sling is a cinematic rarity, a skillful, engrossing and elegant balancing act between shock, sensuality and black parody. – Dimitris Eipides, presenting Singapore Sling in the Toronto Film Festival (1991) END_OF_DOCUMENT_TOKEN_TO_BE_REPLACED