Harold Lloyd’s most critically successful talkie. Timid milkman, Burleigh Sullivan, somehow knocks out a boxing champ in a brawl. The fighter’s manager decides to build up the milkman’s reputation in a series of fixed fights and then have the champ beat him to regain his title. END_OF_DOCUMENT_TOKEN_TO_BE_REPLACED 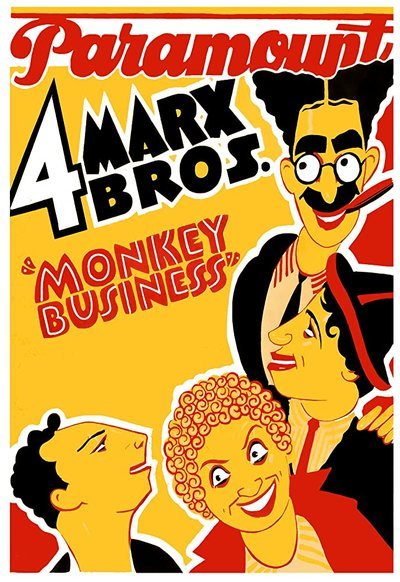 Quote:
On board a ship to America, four stowaways get involuntarily pressed into service as toughs for a pair of feuding gangsters while trying desperately to evade the ship’s crew. Prior to this, the film has no real plot, just the brothers causing unending uproar. Except in the credits and in the screenplay, the Brothers’ characters have no names in this film. They are referred to simply as “the stowaways”. After arriving stateside one of the gangsters kidnaps the other’s daughter, leaving it up to the brothers to save the day. END_OF_DOCUMENT_TOKEN_TO_BE_REPLACED

Synopsis:
Professor Quincy Adams Wagstaff has just been installed as the new president of Huxley College. His cavalier attitude toward education is not reserved for his son Frank, who is seeing the college widow, Connie Bailey. Frank influences Wagstaff to recruit two football players who hang out in a speakeasy, in order to beat rival school Darwin. Unfortunately, Wagstaff mistakenly hires the misfits Baravelli and Pinky. Finding out that Darwin has beaten him to the “real” players, Wagstaff enlists Baravelli and Pinky to kidnap them, which leads to an anarchic football finale. END_OF_DOCUMENT_TOKEN_TO_BE_REPLACED 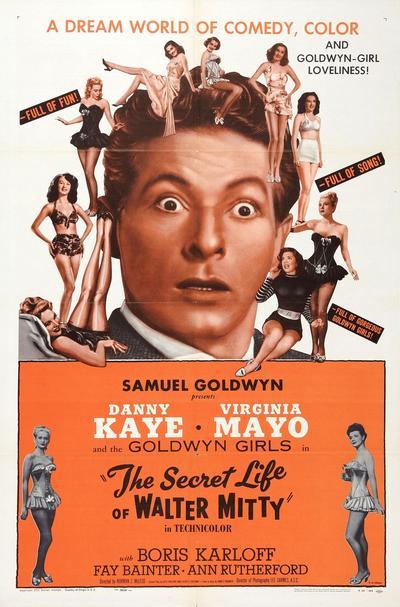 James Thurber wasn’t too happy with the Sam Goldwyn film adaptation of his 1939 short story The Secret Life of Walter Mitty, but the Technicolor musical comedy proved to be a cash cow at the box office. Danny Kaye stars as Walter, a milquetoast proofreader for a magazine publishing firm. Walter is constitutionally incapable of standing up for himself, which is why his mother (Fay Bainter) has been able to arrange a frightful marriage between her son and the beautiful but overbearing Gertrude Griswold (Ann Rutherford). As he muses over the lurid covers of the magazines put out by his firm, Walter retreats into his fantasy world, where he is heroic, poised, self-assured, and the master of his fate. Glancing at the cover of a western periodical, Walter fancies himself the two-gun “Perth Amboy Kid”; a war magazine prompts Walter to envision himself as a fearless RAF pilot; and so on. END_OF_DOCUMENT_TOKEN_TO_BE_REPLACED