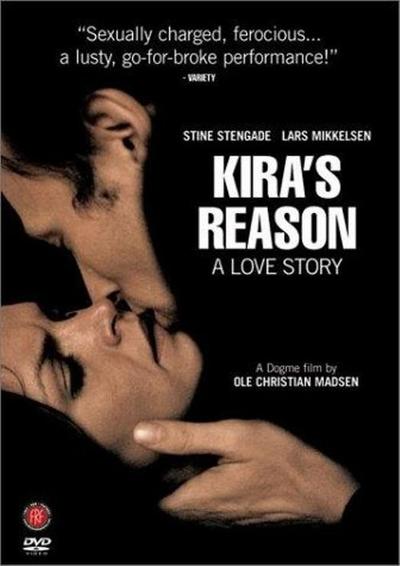 The 21st film to receive official Dogme certification, and one of the few unharmed by its minimalist limitations, Ole Christian Madsen’s powerful Kira’s Reason: A Love Story could be the undercard to A Woman Under The Influence, John Cassavetes’ seminal study of a marriage and mental illness. Beginning with a wife’s return home after time in a psychiatric ward, both films gain their tension from the strained attempt to return to normalcy after everything has irrevocably changed, a transitional phase made all the more painful by brief flashes of the couple’s old dynamic. Though Madsen’s middle-class heroes have little in common with Cassavetes’ more combative blue-collar counterparts, their reunion is similarly raw, painful, and unexpectedly romantic, as they try to redefine their relationship around a new set of terms. Looking and acting uncannily like a young Genevieve Bujold, Stine Stengade gives a touchingly unhinged performance as the title character, a madwoman who tries to find her footing as a wife and mother after being committed for an unspecified condition. While she was away, her husband Lars Mikkelsen had an affair with her sister, but he seems genuinely willing to grant her every opportunity to reenter their lives. END_OF_DOCUMENT_TOKEN_TO_BE_REPLACED