The film tells the story of an American journalist covering the Salvadoran civil war who becomes entangled with both leftist guerrillas and the right wing military. The film is sympathetic towards the left wing revolutionaries and strongly critical of the U.S.-supported death squads, focusing on their murder of four American churchwomen, including Jean Donovan, and their assassination of Archbishop Óscar Romero.
The film was nominated for two Academy Awards: Best Actor in a Leading Role (Woods) and Best Writing, Screenplay Written Directly for the Screen (Stone and Boyle). END_OF_DOCUMENT_TOKEN_TO_BE_REPLACED

In the American corporate media, Castro is always played up as some kind of monster. The corporate media (and a host of draconian laws help) prevent us from hearing what he has to say. This documentary is excellent if anything but to give us a chance to hear what Castro has to say. END_OF_DOCUMENT_TOKEN_TO_BE_REPLACED 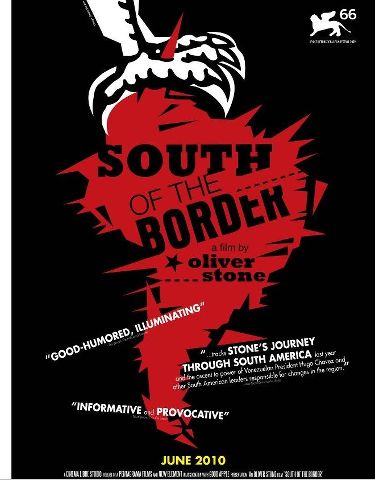 synopsis
Venezuelan president Hugo Chavez is a hero in Latin America for his willingness to stand up to the United States (both the government and the private sector) and his desire to use the nation’s petroleum resources as a tool to bring a better way of life to the working class under his rule. But Chavez’s policies have made him many enemies in North America, and in the American news media (especially conservative outlets such as Fox News), Chavez has been demonized for his rejection of U.S. policy, his pro-socialist stance, and his openly combative stance toward George W. Bush. Are either of these extremes an accurate portrait of the real Hugo Chavez? Filmmaker Oliver Stone presents a portrait of Chavez the politician and Chavez the man in his documentary South of the Border, which is built around a series of in-depth interviews Stone conducted with the Venezuelan president. Stone also includes interviews with a number of other major Latin American leaders, among them Bolivia’s Evo Morales, Argentina’s Cristina Kirchner, Brazil’s Lula da Silva, and Cuba’s Raul Castro. South of the Border was an official selection at the 2009 Venice International Film Festival.- by Mark Deming END_OF_DOCUMENT_TOKEN_TO_BE_REPLACED 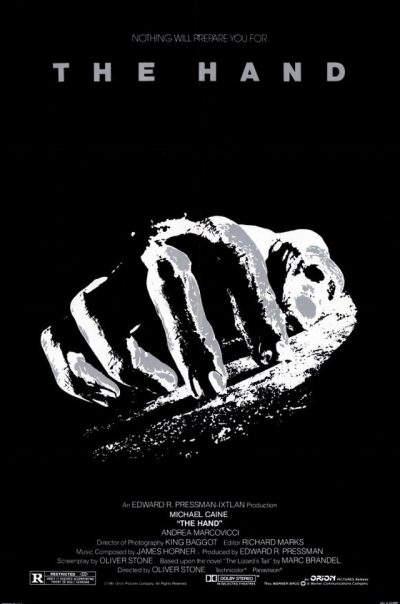 synopsis
Oliver Stone’s first directorial effort for a major studio (and his second horror film after the 1974 Seizure) came shortly after the phenomenal success of Midnight Express, which was based on Stone’s Oscar-winning screenplay. The director turned to Mark Brandel’s obscure thriller “The Lizard’s Tail” as source material for what is essentially a silly psychosexual variant on low-budget horror films like The Crawling Hand. The title appendage belongs (for a while, anyway) to smug, conceited artist Joe Lansdale (Michael Caine), who owes his success to a popular comic strip featuring a macho, Conan-type hero. After Lansdale’s drawing hand is sheared off in a grisly car accident, his career, dignity, self-control and even his sanity soon begin to abandon him as well. His tenuous relationship with his wife Anne (Andrea Marcovicci) falls apart as she takes steps to improve her own self-worth — something she had never had the strength to do before the accident. Bitter and paranoid, Joe begins to lash out in anger at everyone around him … and becomes convinced that his severed hand has come back, wandering in fields and dark alleys and squeezing the life out of everyone it comes in contact with. END_OF_DOCUMENT_TOKEN_TO_BE_REPLACED 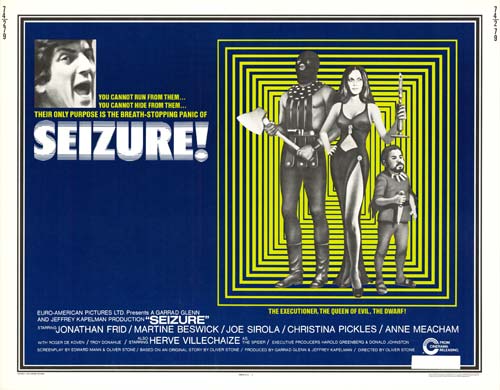 synopsis
After being plagued by recurring dreams where three strange creatures play havoc with his mind, a novelist pulls an overnighter during which his mind-spun creatures become a reality and horror happens. END_OF_DOCUMENT_TOKEN_TO_BE_REPLACED