Gece yolculugu is a 1987 Turkish film directed by Ömer Kavur. It was screened in the Un Certain Regard section at the 1988 Cannes Film Festival.

NIGHT JOURNEY
In this enigmatic work, a director settles in a ghost town to rewrite his script, and the audience enters into the mystical realm of his past and imagination. Kavur’s film is a seamless collage of thought, memory, and landscape reminiscent of Giorgio de Chirico’s psychic terrains. By the film’s ambiguous end we can not help wondering how much Night Journey is about Kavur himself and, like Fellini in 8 1/2 before him, how much he is embracing it all. END_OF_DOCUMENT_TOKEN_TO_BE_REPLACED 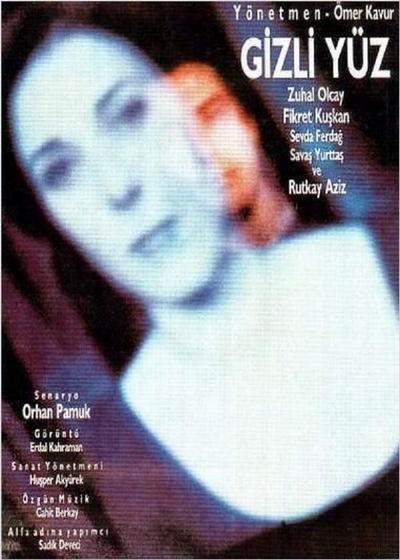 Turkish filmmaker Ömer Kavur was born in Ankara, in 1944. After studying journalism and sociology at the Ecole des Hautes Etudes en Sciences Sociales in Paris, he went on to study film at the Conservatoire Indépendant du Cinéma Français. He returned to Turkey in 1971 and began making documentaries and commercials. In 1974, he made his first feature film, Yatik Emine. At fifty-two, having worked in film for twenty-four years, with his own production company (to avoid trouble with the censors) and with eleven feature films to his credit, Ömer Kavur is one of the principal figures of contemporary Turkish cinema. Though he is an atypical director, the kind that is difficult to classify, some may claim he is the loyal representative of the waves that have shaken Turkish cinema since the 80’s; his films are intimate, ideologically committed, socially relevant and hugely popular. END_OF_DOCUMENT_TOKEN_TO_BE_REPLACED 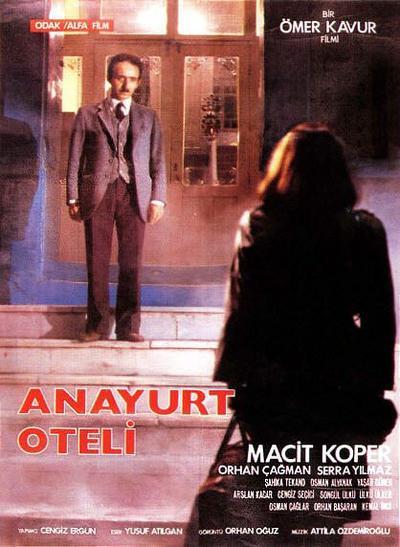 Motherland Hotel (Anayurt Oteli) is a 1986 Turkish film directed by Ömer Kavur. It is an adaptation of the novel of the same name by Yusuf Atılgan.

Zebercet owns a hotel in a small provincial town. He manages to keep it up with the help of one maid, a little girl who lives with him. One evening, one of the clients leaves the hotel, promising to return in a week. Haunted by the memory of the beautiful unknown, it leaves little to be gained by a little melancholy. Overwhelmed by his impulses, he refuses to take any clients, and closes the hotel. END_OF_DOCUMENT_TOKEN_TO_BE_REPLACED

A young man in a small town in Turkey inherits a hotel from his parents in this disturbing drama. Zebercet (Macid Koper) falls for a pretty guest who promises to return the following week. When the woman fails to show up, Zebercet descends into psychopathic madness. He sleeps in the room previously occupied by the young woman and neglects his potential guests. After rejecting the homosexual advances of a young stranger, Zebercet rapes and strangles a hotel maid and kills her cat. Serra Yilmaz and Orhan Cagman co-star with Macid Koper, who gives an excellent performance of the disturbed killer. — Dan Pavlides END_OF_DOCUMENT_TOKEN_TO_BE_REPLACED