A woman whose past is scorned by nearly everyone around her meets a man who’d love her regardlessly- if only everyone else would allow them to. END_OF_DOCUMENT_TOKEN_TO_BE_REPLACED

Quote:
The huge success of Laura may have done more ill than good to Otto Preminger’s career, not only for setting expectations high early in the game, but also for forcing a “noir mystery master” image onto an artist much more interested in asking questions than in answering them. Fallen Angel, the director’s follow-up to his 1944 classic, is often predictably looked down as a lesser genre venture, yet its subtle analysis of shadowy tropes proves both a continuation and a deepening of Preminger’s use of moral ambiguity as a tool of human insight. Linda Darnell, a provocative bombshell caught behind the counter of a small-town California roadside café, is the flame around which the picture’s male moths circle, though the titular fallen angel is later revealed to be tainted drifter Dana Andrews, who comes to town and becomes quickly smitten with her. END_OF_DOCUMENT_TOKEN_TO_BE_REPLACED

Synopsis:
Julie Messinger has it made. She is a New York housewife whose husband, Richard, is an editor for a prominent photography magazine. They have a small circle of friends, including well-meaning, but inept Dr. Timothy Spector, photographer Cal Whiting and Cal’s live-in girlfriend Miranda. Julie’s mother spends her days getting pedicures and manicures, applying make-up and fake eye-lashes and buying expensive clothes, all the while criticizing her daughter for her looks and behavior. END_OF_DOCUMENT_TOKEN_TO_BE_REPLACED

Quote:
In a murder trial, the defendant says he suffered temporary insanity after the victim raped his wife. What is the truth, and will he win his case? END_OF_DOCUMENT_TOKEN_TO_BE_REPLACED

The attack on Pearl Harbor brings war to the U.S. Navy, and cues the varied destinies of an epic-full of colorful characters. Captain Rockwell Torrey (John Wayne) has the good fortune to be out of port when the raid begins. While Commander Kimmell (Franchot Tone) takes the fall for the loss of the fleet, Torrey hangs on, and with the help of Commander Egan Powell (Burgess Meredith), a screenwriter-turned intelligence man, and friendly nurse Lieutenant Maggie Hayes (Patricia Neal), he weathers the post-Pearl career storm to become one of the key fleet commanders in the South Pacific campaign under Admiral Nimitz (Henry Fonda). Further down the chain of command, Torrey’s trusted aide Commander Paul Eddington (Kirk Douglas) falls apart after the death of his faithless wife (Barbara Bouchet), and proceeds to display erratic behavior, especially his undesired attentions to young nurse Ensign Annalee Dorne (Jill Haworth). END_OF_DOCUMENT_TOKEN_TO_BE_REPLACED

Synopsis:
The true story of General Billy Mitchell, a pioneering crusader for the Army’s fledgling air corp. In spite of an impressive performance during the First World War, the commanders of America’s armed forces still think of the airplane as little more then a carnival attraction. Even after sinking an “unsinkable” captured German battleship from the air, Mitchell sees funds dry up and friends die due to poor equipment. He is court-martialed after questioning the loyalty of his superiors for allowing the air corp to deteriorate. END_OF_DOCUMENT_TOKEN_TO_BE_REPLACED 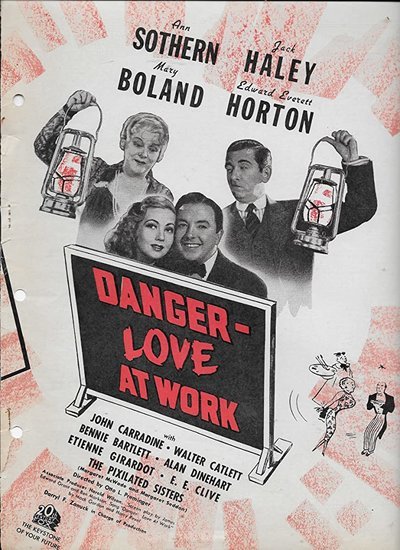 A young lawyer is unable to get the Pembertons to sign a land sale contract until their daughter falls in love with him. END_OF_DOCUMENT_TOKEN_TO_BE_REPLACED