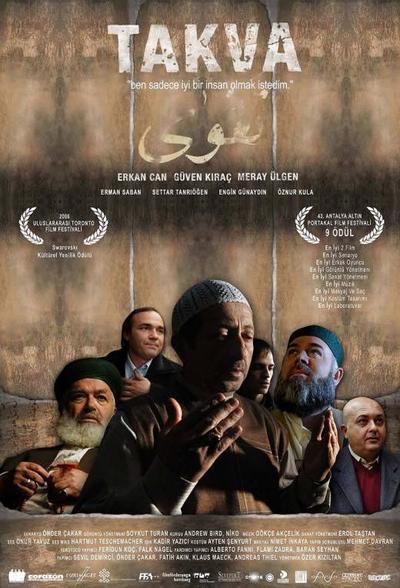 A man’s fight between his religious beliefes and his instincts and desires. The atmosphere during the religious ceremonies makes a thrilling contrast to the priest’s everydays somehow dirty business in Istanbul where all is only about money. For the viewer these contrasts are sometimes amusing and sometimes shocking. The not-too-bright main character Muharrem is played by the fantastic Erkan Can. The director manages to show Muharrem’s troubled emotions in fantastic pictures. In one of my favourite scenes Muharrem is almost haunted by display mannequins wearing sexy lingerie while he is on duty for his brotherhood.
–totorochi END_OF_DOCUMENT_TOKEN_TO_BE_REPLACED