Plot: This brooding, enigmatic story won the 1989 Prix George Sadoul at the Cannes Film Festival, in the category “Un Certain Regard,” which focuses on “smaller” films. In the story, Gerard (Jacques Spiesser) and his wife Annie (Sandrine Bonnaire) have made a nice life for themselves on their farm. That life is disturbed by the arrival of Gerard’s older brother Roland (Jean-François Stévenin) – a brother Annie never knew existed. It gradually becomes clear that both brothers had once negligently set fire to a barn while drunk, inadvertently causing the death of a sleeping wanderer. Roland took all the blame for causing the death, and spent ten years in prison for it. Now he wants Gerard to make those years up to him. Gerard, who up until then had succeeded in putting the incident out of his mind, is now consumed by guilt, and, since he loves both his brother and his wife, doesn’t know what to do about those demands. Not only that, but he is a little bit afraid of Roland. ~ Clarke Fountain, All Movie Guide END_OF_DOCUMENT_TOKEN_TO_BE_REPLACED 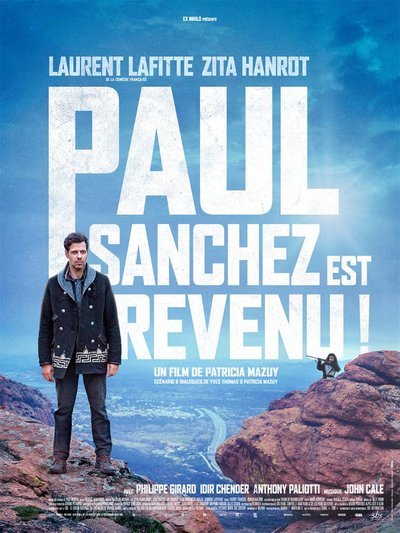 With only four feature films to her name over the past 30 years and a propensity to always go where you don’t expect, from the rural drama of Peaux de vaches (discovered in the Un Certain Regard section at Cannes in 1989) to high-level horse riding in Of Women and Horses [+] (screened on the Piazza Grande at Locarno in 2011) and Mme de Maintenon’s ruthless gynaecium at the end of the seventeenth century in The King’s Daughters (also screened in the Un Certain Regard section in 2000 and nominated for a César Award for Best Film). END_OF_DOCUMENT_TOKEN_TO_BE_REPLACED

Patricia Mazuy – Travolta et moi AKA Travolta and me (1993)

ALL THE BOYS AND GIRLS IN THEIR TIME is a series of films
commissioned by the French-German TV station Arte. Ten directors were
asked to participate by making a movie about their teenage years. Each
film had to include at least one party scene which highlighted the music
of the time. TRAVOLTA AND ME, Patricia Mazuy’s entry, transpires in
1978 and (not surprisingly, given the title) takes its inspiration from
U.S. disco and SATURDAY NIGHT FEVER. END_OF_DOCUMENT_TOKEN_TO_BE_REPLACED

A horsewoman in search of a steed. Gracieuse, a farmer’s daughter, is disgusted at the way the horses she trained to the top levels of jumping are taken away from her. She meets the legendary trainer Franz Mann, who now manages a rich landowner’s estate, and with his help starts over in the world of dressage. But just as she feels she has finally found the right horse, she realizes that talent counts for nothing when facing the personal and high financial stakes of the game. END_OF_DOCUMENT_TOKEN_TO_BE_REPLACED