Cinema of the signifier
When we watch films we see and hear representations of things, sights and sounds not present at the moment of viewing. However, we choose to take part in the illusion of cinema limited by its rules and technical deficiencies. Word Movie is just a little joke of a film that makes us aware of this.

On the screen you see words, another type of signifier, flashing and on the soundtrack you hear those same words read out loud. The only point this film makes is that there really is no difference between the photographic signifier, or in other words the image on the screen, and words flashing.(imdb) END_OF_DOCUMENT_TOKEN_TO_BE_REPLACED 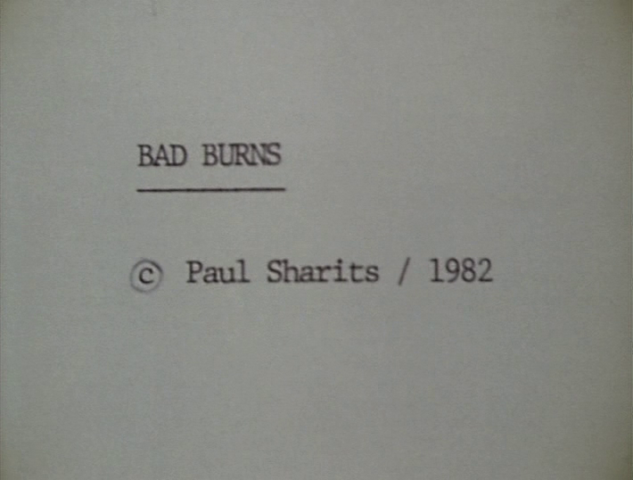 “Film is a fragile medium, and some artists push its fragility to the breaking point. Paul Sharits (1943–93) was a pusher.‘I think of [film] as a sort of a primitive, vulnerable medium,’ said Sharits. ‘I know it’s going to disappear, and I almost look upon it with a certain empathy.’ He moved his films out of the theater and into the gallery, creating multiscreen environments that exploited the qualities that made film different from the other visual arts. The projectors, with their clatter and flickering light, became protagonists, and the strips of celluloid, agents of ephemeral beauty. END_OF_DOCUMENT_TOKEN_TO_BE_REPLACED