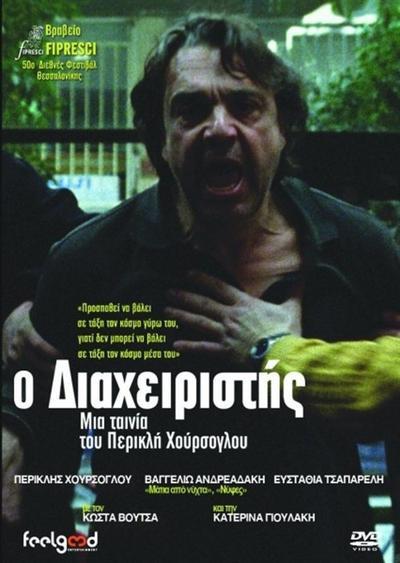 The story of 50-something Pavlos unfolds in an unspecified modern-day Greek city, portraying the man’s midlife crisis with a light and gently ironic tone. Pavlos takes over custodial duties from his aging mother and immediately has to deal with a disaster involving a sewage pipe. The fix-it job becomes complicated and creates an apt parallel to Pavlos’s increasingly complicated personal circumstances. At heart Pavlos is gracious and kind, and he tries to be a good husband, son, and building manager. But the ensuing state of affairs turns him into a morose and angry man whose nerves sometimes snap. Will Pavlos succeed in fixing the broken sewage pipe before he can fix his own “broken” life? Director and screenwriter Periklis Hoursoglou, who plays the lead role, has shot a drama with comic touches and gentle socio-critical accents. Hoursoglou succeeds in creating a faithful, entertaining, and even touching portrait of “ordinary” interpersonal relations. END_OF_DOCUMENT_TOKEN_TO_BE_REPLACED