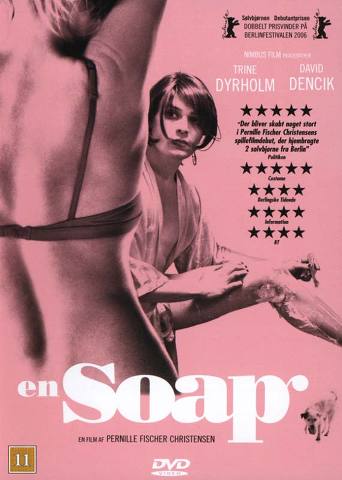 Quote:
A dejected beauty salon owner enters into a tenuous friendship with her shy, pre-operative transsexual neighbor in director Pernille Fischer Christensen’s simmering tale of affection and compassion. Thirty-two year old Charlotte (Trine Dyrholm) may own a successful beauty salon, but her failing relationship with increasingly unstable live-in boyfriend Kristian (Frank Thiel) has found her opting to strike out on her own for a change. As Charlotte embarks on a series of strictly sexual one-night stands upstairs, downstairs neighbor Veronica (David Dencik) – born Ulrick – earns her keep as a dominatrix while taking female hormones, awaiting approval for gender reassignment surgery, and occasionally accepting provisions from his doting mother (Elsebeth Steentoft). When Charlotte requests the help of her downstairs neighbor in moving some furniture and carelessly identifies Veronica as a male, the depressive pre-op laments her chances for surgery and attempts to overdose on pills. Her suicide-attempt unexpectedly announced to her neighbors thanks to her whimpering dog Miss Daisy, Veronica is subsequently saved when Charlotte hears the animal’s desperate cries and rushes her ailing neighbor to the hospital. Her selfless favor returned when Veronica defends her against a drunken Kristian shortly thereafter, lonely Charlotte eventually finds herself developing strong feelings for her neighbor despite her longstanding preference for the opposite sex.
END_OF_DOCUMENT_TOKEN_TO_BE_REPLACED