Quote:
As a young girl in Japan, Nagiko’s father paints characters on her face, and her aunt reads to her from “The Pillow Book”, the diary of a 10th-century lady-in-waiting. Nagiko grows up, obsessed with books, papers, and writing on bodies, and her sexual odyssey (and the creation of her own Pillow Book) is a “parfait mélange” of classical Japanese, modern Chinese, and Western film images. END_OF_DOCUMENT_TOKEN_TO_BE_REPLACED

In this day and age, I never fail to be surprised at what a repressed culture we still have, despite all our pretensions to the contrary. It may seem that expressions of the extreme are mind-numbingly common in our culture, but look again; in all the sex, violence and depravity we see in our media, is there any attempt, through showing us this continual flood of blood and sex, to tell us anything about their meaning, and why we watch when we claim to be offended and repulsed? END_OF_DOCUMENT_TOKEN_TO_BE_REPLACED

Peter Greenaway – The Tulse Luper Suitcases, Part 3: From Sark to the Finish (2004)

Quote:
In the third film of the Tulse Luper Suitcases, Luper, writer, collector and archivist, continues his adventures as a professional prisoner during the later years of the Second World War and its aftermath, the Cold War. Luper is shipwrecked on the Paradise Island of Sark and spends three months in self-imposed imprisonment on an idyllic beach until betrayed to the Germans by the Contumelys, a trio of jealous sisters. Pursued by a bounty-hunting jailer, Luper escapes to Barcelona to support and protect the lesbian marriage between the widow Mathilda Figura, of one murdered jailer, and Madame Plens, the mistress of another. END_OF_DOCUMENT_TOKEN_TO_BE_REPLACED

Quote:
This second film in the Tulse Luper Suitcases series, deals with the life and times of Luper and his friends, lovers, jailers and enemies, during the Second World War, in three bizarre prisons, in a chateau at Vaux in Northern France, in a cinema in Strasbourg, and in a collaborationist household on the French coast at Dinard. END_OF_DOCUMENT_TOKEN_TO_BE_REPLACED

Quote:
This first film in the Tulse Luper Suitcases Series deals with the adventures of Tulse Luper and his great friend Martino Knockavelli, in three locations, in Newport South Wales, in Moab Utah and in Antwerp Belgium in the two decades before the Second World War. END_OF_DOCUMENT_TOKEN_TO_BE_REPLACED 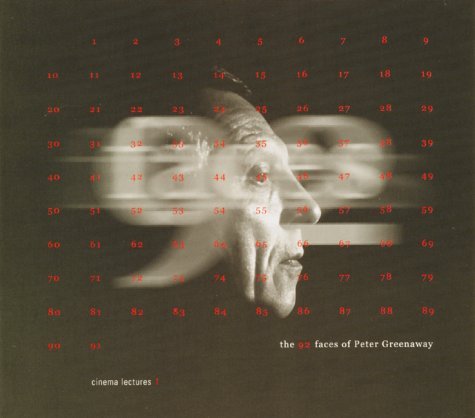 Quote:
Following his pair of despairing urban studies, A Zed and Two Noughts and The Belly of an Architect, director Peter Greenaway turned to the sardonic countryside of The Draughtsman’s Contract for another tongue-in-cheek murder yarn, Drowning by Numbers. Easily his most playful film in every sense of the term, this tricky and often charming film boasts some of his wittiest dialogue and makes for an ideal introduction for newcomers compared to his more experimental works. END_OF_DOCUMENT_TOKEN_TO_BE_REPLACED