Probably writer-director Peter von Bagh’s masterpiece in the documentary genre, a personal love letter to the city of Helsinki as it once was and as it might have been, taking the form of a collage of film clips, photographs, paintings, song and music fragments, quotations from Finnish writers and von Bagh’s own musings, read by himself and the actors Erja Manto and Sulevi Peltola. A real treat, not to be missed by any fan of Finnish cinema or the “city symphony” genre. END_OF_DOCUMENT_TOKEN_TO_BE_REPLACED 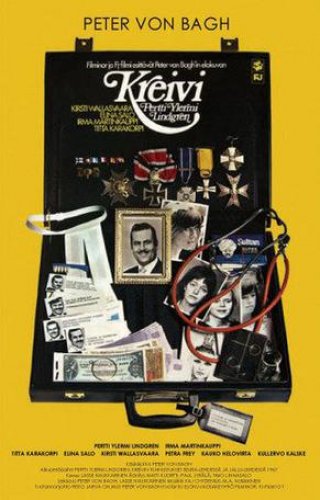 Portrait of a real-life swindler — played by himself! Von Bagh’s feature debut: a weird ‘n’ wild mix of fact and fiction, documentary scenes and exuberant reconstructions of purportedly true-life events, full of lewd humor and driven by a good-natured humanism. A true discovery END_OF_DOCUMENT_TOKEN_TO_BE_REPLACED