User Review by dbdumonteil
Pierre Chenal’s last hurrah-although not his last movie, it’s easily the best of the four thrillers he made when he was back from Argentina. “Jeux Dangereux” the precedent year suggested a return to form for a director who made interesting film noirs in the thirties and a masterpiece in the forties (“La Foire Aux Chimères”). All promises were fulfilled in “La Bete A L’Affut” . END_OF_DOCUMENT_TOKEN_TO_BE_REPLACED

Pierre Blanchar plays the murderer Raskolnikov, and Harry Baur is the police inspector on his trail…

Quote:
Crime et châtiment is one of the overlooked masterpieces of 1930s French cinema, an early and almost faultless adaptation of Fyodor Dostoyevsky’s celebrated 1866 novel Crime and Punishment. One of the reasons for the film’s comparative obscurity is that it was released in the same year as Josef von Sternberg’s better known American adaptation which starred Peter Lorre and Edward Arnold. The French version appears to have been heavily influenced by an earlier silent adaptation Raskolnikow (1923) from the renowned German filmmaker Robert Wiene, whose best-known work – Das Cabinet des Dr Caligari (1920) – is powerfully evoked in this film’s staging of the pivotal murder scene. END_OF_DOCUMENT_TOKEN_TO_BE_REPLACED 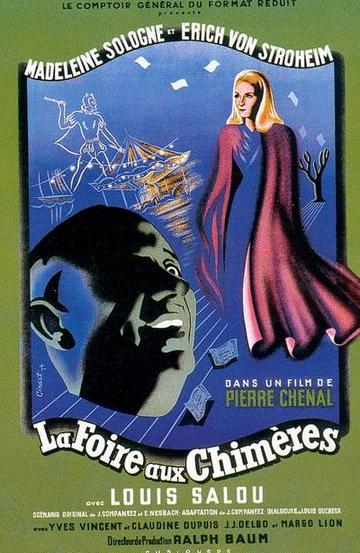 A word from an expert on the area: dbmonteil of the IMDb:

“La Foire aux chimères” is a jewel, a sparkling diamond. It would deserve one hundred comments, and that would not be enough.

Pierre Chenal was a film noir director who made moderately successful movies before the war: “L’Alibi” which featured von Stroheim too and his first version of “The Postman always rings twice “, “Le Dernier Tournant (1939). But the 1946 work is much superior, being at once a film noir, a baroque melodrama and a fairy tale. 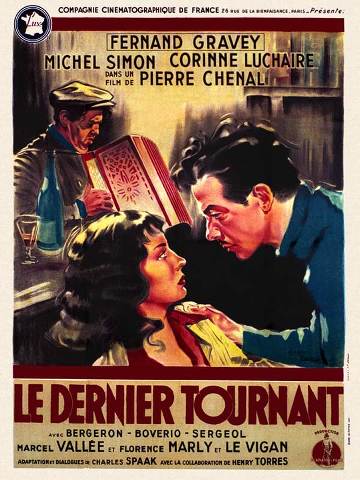 Frank, a vagabond, arrives at a service station on a mountain road near to Marseilles. The kindly old owner, Nick, offers him a job which he accepts. Frank is instantly attracted to Nick’s young wife, Cora, and they have a passionate affair. The two lovers plan to kill Nick so that they can profit from his life insurance. Having made Nick’s death look like an accident, they are acquitted of his murder. However, fate has a cruel twist in store… END_OF_DOCUMENT_TOKEN_TO_BE_REPLACED