Preston Sturges – Les carnets du Major Thompson AKA The French, They Are a Funny Race (1955)

IMDB:
Major Thompson, an Englishman living in France, comments in his memoirs on the peculiarities of his French wife and friends. END_OF_DOCUMENT_TOKEN_TO_BE_REPLACED

Also known as Mad Wednesday, this collaboration between silent comedy star Harold Lloyd and screwball comedy genius Preston Sturges was meant to be a splashy comeback for both. Unfortunately, it sank at the box office.

The film starts with original footage from Lloyd’s 1925 classic The Freshman. Because of his success on the football field, Harold Diddlebock (Lloyd, who seems to have hardly changed in 22 years, – still sporting a straw hat, and horn rimmed glasses) is offered a job. Full of hope and promise, the former gridiron champ finds himself in a minor bookkeeping position, where he remains forgotten for the next 22 years, until he’s abruptly fired. END_OF_DOCUMENT_TOKEN_TO_BE_REPLACED

A workplace practical joke goes awry when an office clerk (Dick Powell), believing he has won a $25,000 prize, takes his girlfriend (Ellen Drew) on an extravagant Christmas shopping spree…in the middle of July! When the truth comes out, he’s not prepared for the consequences. END_OF_DOCUMENT_TOKEN_TO_BE_REPLACED

Criterion wrote:
Barbara Stanwyck sizzles, Henry Fonda bumbles, and Preston Sturges runs riot in one of the all-time great screwballs, a pitch-perfect blend of comic zing and swoonworthy romance. Aboard a cruise liner sailing up the coast of South America, Stanwyck’s conniving card sharp sets her sights on Fonda’s nerdy snake researcher, who happens to be the heir to a brewery fortune. But when the con artist falls for her mark, her grift becomes a game of hearts—and she is determined to win it all. One in a string of matchless comedic marvels that Sturges wrote, directed, and produced as part of a dazzling 1940s run, this gender-flipped battle-of-wits farce is perhaps his most emotionally satisfying work, tempering its sparkling wit with a streak of tender poignancy supplied by the sensational Stanwyck at her peak. END_OF_DOCUMENT_TOKEN_TO_BE_REPLACED

Plot:
One of Paramount’s funniest films of the forties is this Preston Sturges screwball classic staring Betty Hutton (The Greatest Show on Earth) and Eddie Bracken (Hail the Conquering Hero.) Hutton is Trudy Kockenlocker, a small-town gal who feels it is her patriotic duty to dance the night away with soldiers who are headed oversees. END_OF_DOCUMENT_TOKEN_TO_BE_REPLACED 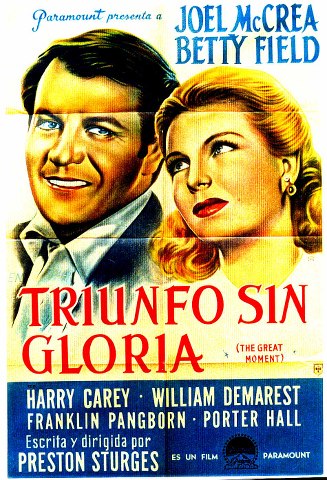 In the winter of 1868, Eben Frost (William Demarest) goes to a Boston pawnshop and redeems a silver medal, inscribed to “Dr. W.T.G. Morton, the Benefactor of Mankind, with the Gratitude of Humanity.” Frost drives to a country farmhouse and gives the medal to Morton’s widow, Elizabeth Morton (Betty Field) who explains to her daughter, Betty (Donivee Lee), that Frost was the first person given anesthesia by her father, Boston dentist Dr. W.T.G. Morton (Joel McCrea.) END_OF_DOCUMENT_TOKEN_TO_BE_REPLACED 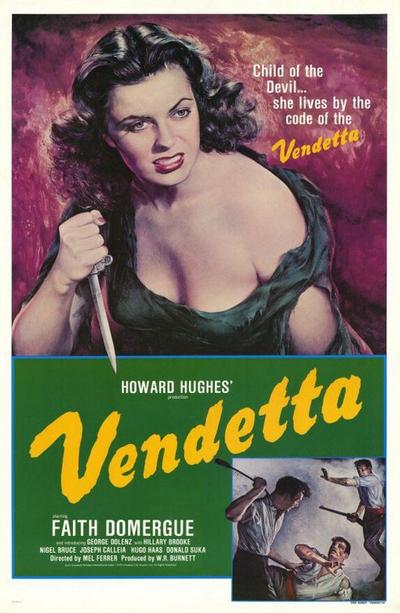 So the movie is messy but with stunning sequences. Most sources credit Mel Ferrer with directing the ending, but it’s clear he only shot the leaden coda. The actual climax is a beautifully orchestrated, stunningly lit stalking scene with the principal characters hunting each other through a misty wood. Absolutely beautiful, and if this is what made Ophuls go over schedule, as seems likely, he was right to take the time to get it looking this amazing. END_OF_DOCUMENT_TOKEN_TO_BE_REPLACED