Quote:
The year is 2016 and fashion and standards of beauty have changed dramatically. A new rage has swept through the ranks of the young: radical facelifts. George, a young graduate who has recently had a facelift, takes advantage of his summer holidays to join up with the most respected bigshots of the area, 15 rich bullies with extreme facelifts who pass their time watching virtual sports and using superfluous technologies. After a failed attempt to give himself a facelift with a stapler, Blaise is rejected by George, his one-time childhood friend. Desparate, Blaise kidnaps a young girl so that the ransom money will buy him a proper facelift just like everyone else’s. END_OF_DOCUMENT_TOKEN_TO_BE_REPLACED

Quote:
A man’s obsession with his designer deerskin jacket causes him to blow his life savings and turn to crime. END_OF_DOCUMENT_TOKEN_TO_BE_REPLACED 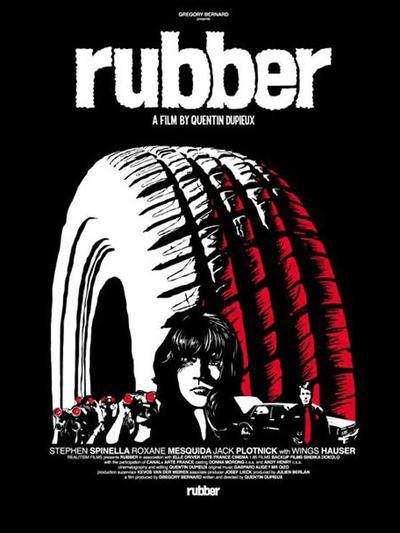 RUBBER is the story of Robert, an inanimate tire that has been abandoned in the desert, and suddenly and inexplicably comes to life. As Robert roams the bleak landscape, he discovers that he possesses terrifying telepathic powers that give him the ability to destroy anything he wishes without having to move. At first content to prey on small desert creatures and various discarded objects, his attention soon turns to humans, especially a beautiful and mysterious woman who crosses his path. Leaving a swath of destruction across the desert landscape, Robert becomes a chaotic force to be reckoned with, and truly a movie villain for the ages. Directed by legendary electro musician Quentin Dupieux (Steak, Nonfilm), aka Mr. Oizo, RUBBER is a smart, funny and wholly original tribute to the cinematic concept of “no reason.” END_OF_DOCUMENT_TOKEN_TO_BE_REPLACED 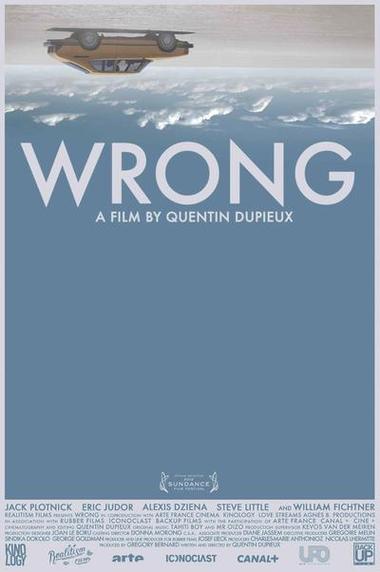 Synopsis
Dolph Springer wakes up one morning to realize he has lost the love of his life, his dog, Paul. During his quest to get Paul (and his life) back, Dolph radically changes the lives of others — risking his sanity all the while. END_OF_DOCUMENT_TOKEN_TO_BE_REPLACED