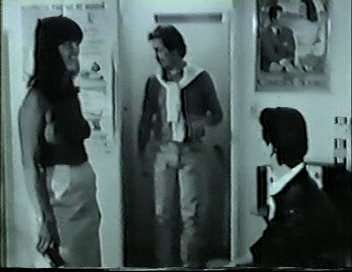 Co-written by fellow clerk Craig Haman, think of the film as a precursor to TRUE ROMANCE. The hooker with a heart of gold, the dangerous pimp, the Elvis worship, and so on. Handfuls of dialogue are identical along with some of the plot points (too bad Christian Slater didn’t get into a karate battle with Gary Oldman as happens in BIRTHDAY). This early work shows some of Tarantino’s abilities at framing, effective camera movements, and staging. END_OF_DOCUMENT_TOKEN_TO_BE_REPLACED