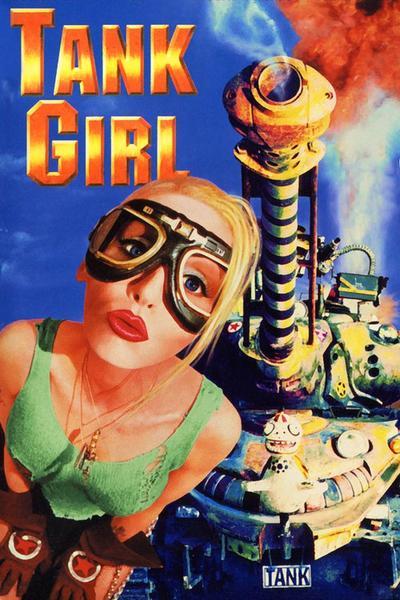 Quote:
Based on a popular British cult comic book, this film is the story of a futuristic feminist superhero and her fight to preserve the environment against an evil government bureaucracy. The action is set in the year 2033, after an ecological disaster of drought and pollution has ravaged the countryside, and water is scarce. Tank Girl (Lori Petty) is a sassy punker who has her own vintage tank in tow, along with other high-tech weapons. Her mutant friends join her in bizarre battles against the corporate-statist Department of Water and Power and its villainous chief, Kesslee (Malcolm McDowell). At stake is the world’s water supply, which the Department is hoarding and which the rebels frequently raid. Rock star Iggy Pop has a cameo as Rat Face, one of the half-human, half-kangaroo Rippers. Courtney Love coordinated the post-punk soundtrack. END_OF_DOCUMENT_TOKEN_TO_BE_REPLACED