A tale of a happily married swinging couple (Claire Wilbur and Gerald Grant), who make a bet that they can seduce a couple of naive newlyweds (Lynn Lowry and Cal Culver) during a weekend get-together at their luxury villa on the Riviera.

Radley Metzger – The Image AKA The Punishment of Anne (1975)

Quote:
Jean (Carl Parker) rekindles his relationship with the mysterious Claire (Marilyn Roberts), and the latter involves her curiously submissive “companion,” Anne (Mary Mendum), in the mix. Together, they explore the boundaries of sexuality in a series of S & M tinged fantasies… END_OF_DOCUMENT_TOKEN_TO_BE_REPLACED

A jaded, wealthy couple watch a blue movie in their castle home along with her adult son. The son is testy, so they go into town and watch a circus-like thrill ride. The daredevil woman in the show looks exactly like one of the women in the movie, so the man invites her to join them for a nightcap. Tensions among the family seem to rise. She stays overnight, and during her 24 hours in the castle, each of its three residents involves her in a fantasy. She, in turn, keeps asking, “Who has the gun?” Will there be violence before it’s over? END_OF_DOCUMENT_TOKEN_TO_BE_REPLACED

Metzger’s Farewell to Charms
Dries Vermeulen6 March 2010
The last and least-liked of Radley Metzger’s explicit quintet shows the talented filmmaker now almost dispensing with plot altogether, a trend he previously toyed with on his free form BARBARA BROADCAST in a radical departure from the classic three act structure, borrowed from stage and screen lore since times immemorial, he previously and rigorously adhered to. Though he has never gone on record about it, my guess is that Metzger realized he had pretty much expanded the fornication film form to its genre-imposed limits with THE OPENING OF MISTY BEETHOVEN and was now gently phasing himself out of what was indeed increasingly becoming an industry (rather than art form) he had entered somewhat reluctantly in the first place out of economic necessity as the commercial availability of hardcore had made simulated screen sex obsolete. END_OF_DOCUMENT_TOKEN_TO_BE_REPLACED 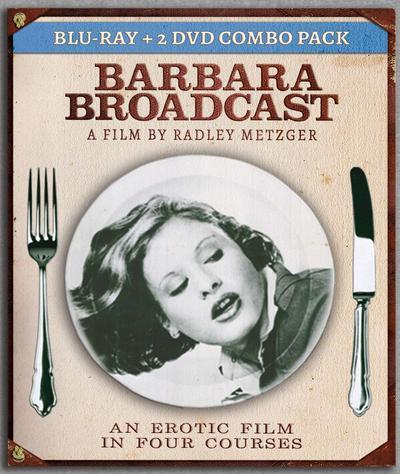 In an elegant restaurant where gourmet food and gourmet sex are both on the menu, former high-class prostitute and acclaimed author Barbara Broadcast (played by stunning Annette Haven) transforms lunch with journalist C.J. Laing into an afternoon of sexual excess. Barbara seduces her way through a corporate office and a busy Manhattan night club, while Laing ventures into the kitchen for a smoldering encounter with Wade Nichols that may just be the greatest sex scene ever filmed. Climaxing with the return of Misty Beethoven, Constance Money, and her tormentor, Jamie Gillis. Bon Appetit! END_OF_DOCUMENT_TOKEN_TO_BE_REPLACED 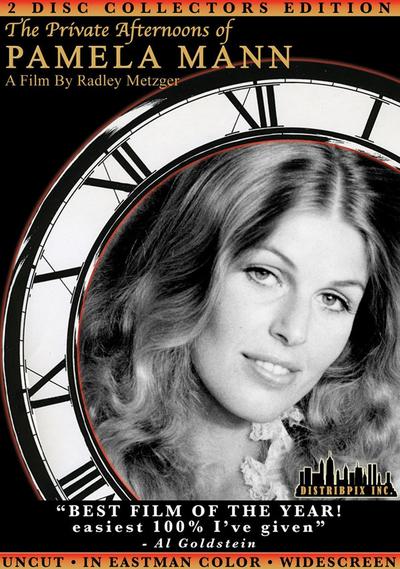 Made in the golden era of ‘porno chic’ and released in 1974, it was instantly acclaimed as a breakthrough achievement – its witty screenplay, stunning cinematography, and expert direction showing for the first time that an adult film really could approach the level of a mainstream Hollywood film. Set in 1970s Manhattan, the plot follows a private detective (Eric Edwards) employed by Mr. Mann (Alan Marlow) to investigate the sexual infidelities of his wife, Pamela (Barbara Bourbon). Supporting roles are played by the cream of New York adult film stars including Jamie Gillis, Georgina Spelvin, Marc Stevens, Sonny Landham and Darby Lloyd Raines. END_OF_DOCUMENT_TOKEN_TO_BE_REPLACED

“Camille 2000, with its cast of wealthy, weary sophisticates, clear plastic blow-up beds, outlandish metal dresses, refined S&M orgies, and Euro-psychedelic music, is often cited as the quintessential Metzger film. In fact, all that’s missing in the world of the doomed romantic Marguerite Gautier (Daniele Gaubert) is a gilded go-go cage. Fans of the 1935 Garbo version may be startled to see that Metzger’s update, underneath the wild period decor, is recognizably the same story, though Gaubert’s existential exhaustion may be less evident to an audience mesmerized by the parade of Italian haute couture and decor.” – Gary Morris, Bright Lights Film Journal END_OF_DOCUMENT_TOKEN_TO_BE_REPLACED