The story centers on two brothers: Honoré Butera, working for Radio Télévision Libre des Mille Collines, and Augustin Muganza, a captain in the Rwandan army (who was married to a Tutsi woman, Jeanne, and had three children with her: Anne-Marie, Yves-André, and Marcus), who bear witness to the killing of close to 800,000 people in 100 days while becoming divided by politics and losing some of their own family. The film depicts the attitudes and circumstances leading up to the outbreak of brutal violence, the intertwining stories of people struggling to survive the genocide, and the aftermath as the people try to find justice and reconciliation. END_OF_DOCUMENT_TOKEN_TO_BE_REPLACED

In 1979, James Baldwin wrote a letter to his literary agent describing his next project, “Remember This House.” The book was to be a revolutionary, personal account of the lives and assassinations of three of his close friends: Medgar Evers, Malcolm X and Martin Luther King, Jr. At the time of Baldwin’s death in 1987, he left behind only 30 completed pages of this manuscript. Filmmaker Raoul Peck envisions the book James Baldwin never finished. END_OF_DOCUMENT_TOKEN_TO_BE_REPLACED

In a fortress perched on the top of a mountain, a “democratically elected” President and his closest collaborators are getting ready for a state celebration. Foreign chiefs of state and dignitaries of all sorts are expected. But in the morning of the event, he wakes up to find the country inflamed the streets in turmoil. As the day goes on, rebellion worsens. Meanwhile, expected guests are withdrawing from the party one after another… Despite the situation, the President does not want to face reality and refuses to resign. Overwhelmed, he plunges into a deep mental confusion as the events follow their course. END_OF_DOCUMENT_TOKEN_TO_BE_REPLACED

A poet from Haiti flees to America after being imprisoned in his native country. Recovering from the experience, he begins to examine his past. One day he encounters his former torturer, and becomes obsessed with taking his revenge. END_OF_DOCUMENT_TOKEN_TO_BE_REPLACED

Lumumba: la mort du Prophete offers a unique opportunity to reconsider the life and legacy of one of the legendary figures of modern African history. Like Malcolm X, Patrice Lumumba is remembered less for his lasting achievements than as an enduring symbol of the struggle for self-determination. This deeply personal reflection by acclaimed fimmaker Raoul Peck on the events of Lumumba’s brief twelve month rise and fall is a moving memorial to a man described as a giant, a prophet, a devil, “a mystic of freedom,” and “the Elvis Presley of African politics.” END_OF_DOCUMENT_TOKEN_TO_BE_REPLACED 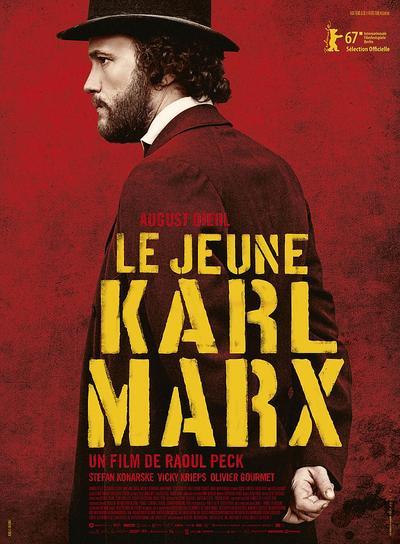