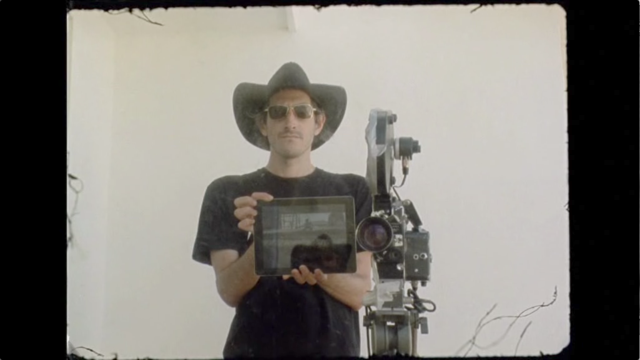 In this documentary within a narrative-and vice versa-a grandiose filmmaker (Alex Ross Perry) arrives in the Yucatán to scout locations for his new movie, a production that will involve exposing the last extant celluloid film stock on the eve of the Mayan Apocalypse. Instead, he finds himself waylaid by the formal schizophrenia of the film in which he himself is a character. Simultaneously a tribute to and a critique of The Last Movie (Dennis Hopper’s seminal obliteration of the boundary separating life and cinema), La última película engages with the impending death of celluloid through a veritable cyclone of film and video formats, genres, modes, and methods. Martin and Peranson have created an unclassifiable work that mirrors the contortions and leaps of the medium’s history and present. An Art of the Real 2014 selection. A M’Aidez Films release (C) Lincoln Center END_OF_DOCUMENT_TOKEN_TO_BE_REPLACED